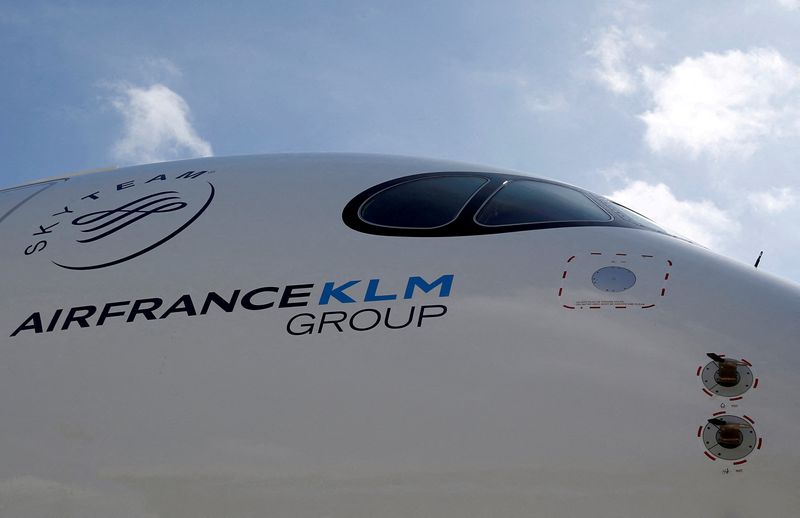 © Reuters. FILE PHOTO: Logo of Air France KLM Group is pictured on the first Air France airliner's Airbus A350 during a ceremony at the aircraft builder's headquarters of Airbus in Colomiers near Toulouse, France, September 27, 2019. REUTERS/Regis Duvignau

PARIS (Reuters) -Franco-Dutch airline group Air France-KLM will need to raise additional capital of between 1 billion and 2 billion euros in 2022 to weather the downturn in air travel caused by the COVID-19 pandemic, Les Echos reported on Thursday.

The paper reported that this would likely not be the last capital issue as the airline would need another 4 billion to 6 billion euros to remain a top industry player.

The airline has already received more than 14 billion euros ($15.81 billion) in support from the French and Dutch governments since the start of the COVID crisis.

A spokesman for the group could not immediately be reached.

In December, Air France-KLM redeemed 500 million euros ($565 million) from an earlier French state loan issued to help the airline cope with the fallout from the pandemic, and said it could also raise new equity.