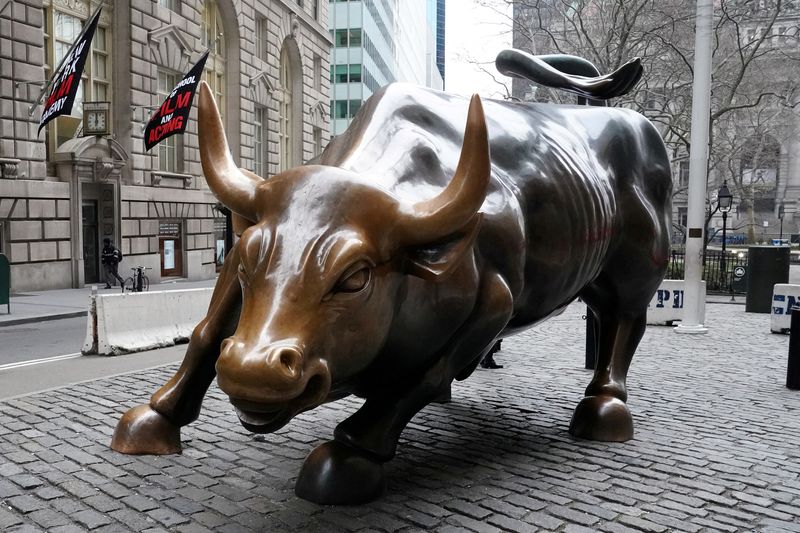 By Yoruk Bahceli and Sujata Rao

AMSTERDAM/LONDON (Reuters) - Not convinced by central banks' pledge to stamp on inflation, many investors are on the hunt for assets that will protect their portfolios from years of decline in the value of money.

These funds are buying up inflation-linked bonds and real estate, while also taking long-term bets on the outperformance of stocks, including those in industries like timber and farmland.

"The new game in town is to preserve the purchasing power of the portfolio," said Pascal Blanque, head of the investment institute at Amundi, Europe's largest fund manager, referring to the hunt for assets that deliver returns matching or surpassing inflation.

The resurgence of inflation, after a long hiatus, has caught central bankers off guard.

The Federal Reserve on Wednesday is likely to hike rates by another 0.75% to a range of between 2.25% and 2.5%, the highest since 2019. Fed Chairman Jerome Powell is expected to reassert the bank's determination to return inflation to target even if it means recession.

Policymakers are on the right track, if markets are to be believed. Market-based inflation gauges are falling towards central bank targets and 60-odd basis points has been shaved off peak Fed rate pricing for this cycle..

Long-term euro zone inflation expectations have also fallen back since May.

Yet many investors are bracing for a prolonged period of "sticky" inflation, somewhat akin to the 1970s era of low growth and rising prices, and do not expect inflation to slow towards the 2% levels targeted by central banks.

Those fears are primarily driven by two factors.

First, that central banks will run up against the inflationary effects of tight commodity and jobs markets, and the mounting costs of switching to a greener global economy, which conventional monetary policy can do less to counter.

The other problem may be central banks themselves.

With inflation more than four times target, it is hard not look back to Paul Volcker the Fed chairman who raised rates to 20% in the 1980s, plunging the economy into recession but slaying double-digit inflation.

"Inflation will be much more persistent than markets are pricing ... because the Fed wont see (the rate hikes) through," said BlackRock (NYSE:BLK) Investment Institute's deputy head Alex Brazier.

A former member of the Bank of England's financial policy committee, Brazier expects the Fed to raise rates to 3.5%, but a sharp growth slowdown would evoke "a more nuanced response".

The result will be 5%-plus inflation next year and above 3% in 2024, he predicts, well above the 2.6% and 2.2% Fed median forecasts of the personal consumption expenditure price index.

That view underpins BlackRock's longer-term recommendation for equities over government bonds, with a firm "underweight" for longer-maturity debt because investors will want more compensation for inflation.

However investors choose to protect themselves from higher inflation, stubbornly high price growth will likely make it harder to deliver returns than the easy-money period of the past two decades when inflation was low and predictable.

Aside from property, he is buying stocks exposed to timber and farmland and Treasury Inflation-Protected Securities (TIPS), following the recent pullback in inflation expectations.

"You don't need to overcomplicate this too much. If you’re looking to protect from inflation, TIPS are no longer eyewateringly expensive," Jeffery said.

Some of the assets that performed strongly in the 1970s are shining this year.

A Deutsche Bank study said gold, silver and oil won out in the 1970s, with average annual inflation-adjusted returns around 20%, followed by property, aluminium, nickel, corn, soybeans and wheat.

Deutsche Bank's Reid said stock and bond index outperformance in recent years was predicated on low and stable inflation, but such price stability no longer exists.

Deutsche's study noted real losses of around 1% annually on the S&P 500 through the 1970s.

"If you believe that era (of low inflation) is reversing, it's very difficult to see financial assets doing well in aggregate," Reid added.