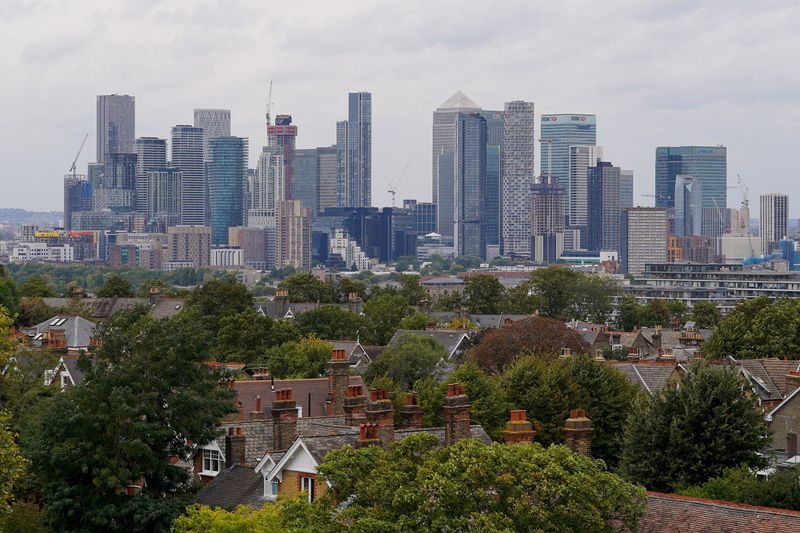 LONDON (Reuters) - Hedge funds have stepped up financing of trade in commodities such as oil, gas, cocoa and copper as banks hit the limit of what they can risk due to extreme market volatility and higher interest rates making them less competitive.

Commodity trade finance covers many types of loans, typically from banks, that facilitate global movement of goods from wheat to gasoline. The loans reduce risk for counterparties and allow them to juggle multiple transactions. Most trade finance loans are short-term, less than a year.

Historically high margin calls on gas, power and industrial metals forced many traders to cut the volumes they transact because they could not secure the extra credit needed to meet those calls in what has been an unprecedented period of market volatility.

Small and mid-sized companies in particular were left scrambling for financing earlier this year, with banks having hit or close to hitting their liquidity and counter-party risk limits in commodity and energy trade finance.

The involvement of hedge funds in commodity trade finance has created a lifeline for smaller firms, deemed to be higher risk for banks due to strict capital requirements and clean energy goals.

"The business is getting better and better for non-bank lenders, as banks continue to retreat from the asset class due to regulation and as liquidity gets tighter," said Kristofer Tremaine, chief executive at UK-based Kimura Capital.

"Where we're seeing the biggest growth in our business is the tier below the likes of (commodity traders) Trafigura and Vitol."

Banks have capped their exposure to commodities and inventory financing around $150 billion, partly due to rising interest rates and volatile prices, according to Vali Analytics, which tracks banks' activities. That is around double the level of exposure they had five years ago, Vali said.

Senior executives at top global banks who declined to be named said they and their peers had increased credit lines for energy and commodities financing but have hit or are near the amount they are prepared to risk.

"We had a few sleepless nights. We got additional credit but we're conscious (we need to stay) within our limits," Chris Scott, chief financial officer at Novum Energy, told Reuters, adding that the company's credit lines had been almost exhausted after Russia's invasion of Ukraine.

Lending for commodity trade finance has become more diverse, with non-bank financial institutions (NBFI) stepping in. These can include venture capital, private equity, hedge funds, insurance funds and even other commodity merchants.

"There is more appetite from mid-sized and even big traders...They are re-evaluating their lines and looking towards non-bank financial institutions for support. There’s a desire to diversify," Waldo de Vleeschauwer, founder and CEO of Artis Finance, told Reuters.

"In the immediate term we have $2.5-$3 billion worth of transactions in the pipeline with traders and corporates in the commodities space."

For Novum, a mid-sized U.S.-based oil trader, NBFIs now account for 20% of their credit lines, up from zero a year ago.

UK-based Ocean Partners, a mid-sized base metals trader had previously relied on banks but now funds account for nearly 3% of their credit lines.

The underlying issue was the retreat of major banks from commodity financing after some 2020 defaults in the sector while Russian banks Sberbank and Gazprombank that were set to expand have now been shut out of Europe.

Funds such as Artis Finance, Kimura Capital, Horizon Capital and Scipion Capital all say they have seen demand for commodity trade finance rise since last year and particularly after Russia's invasion of Ukraine pushed up the price of goods globally.

The fund has underwritten $20 billion in loans to corporate borrowers in commodity markets since inception and currently manages approximately $1 billion in borrower facilities.

"When we entered the market in 2015, we were just looking at financing small and medium sized enterprises...We went from only SMEs until 2019 to now having very few SMEs in our portfolio. They are all mid to large cap companies," Tremaine said.

Strong investor interest can be seen at Horizon with $1.2 billion under management, more than double the $500 million from two years ago. The Swiss firm specialises in financing small to mid-sized commodity merchants and has achieved returns between 6% to 10% over the last 10 years.