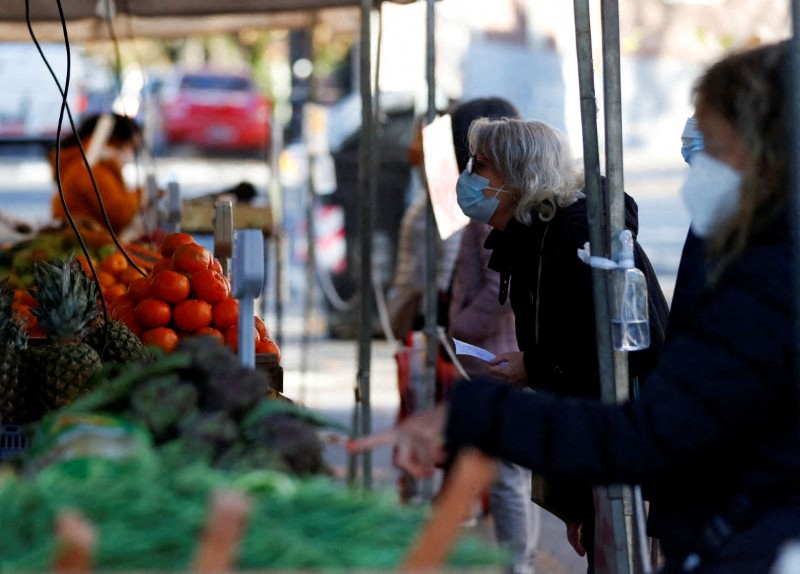 (Reuters) - Inflation in Argentina is expected to reach 54.8% at the end of 2022, according to a central bank poll of analysts released on Friday, 2.7 percentage points higher than estimated in the same survey last month.

The poll also showed that analysts expect the economy to grow 2.9% this year, according to the median forecast, up from 2.5% in the previous poll.

In the black market, the Argentine peso is often worth half the official rate.

The third-largest economy in Latin America has suffered from high inflation for years and has recently begun to recover from a long recession exacerbated by the COVID-19 pandemic.

The monthly Market Expectations Survey poll surveyed 37 analysts between Dec. 27 and Dec. 30, the bank said in a statement.