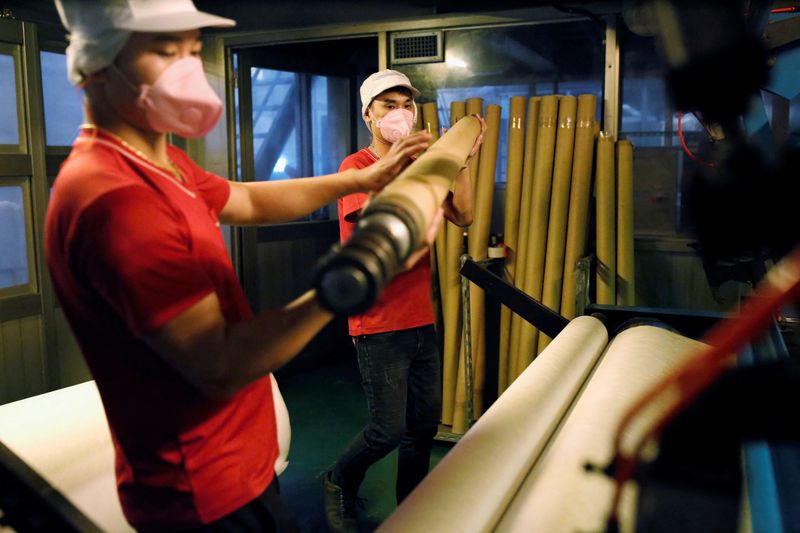 Activity growth in China also slowed, the private sector Caixin PMI showed on Monday, despite some easing of the strict domestic COVID-19 curbs that slammed the world's second-largest economy in the second quarter.

The Caixin PMI followed an even bleaker reading from the government's official PMI released on Sunday, that showed activity unexpectedly falling in July amid fresh COVID-19 outbreaks.

The PMIs for Asia's largest manufacturing economies highlighted the struggle for factories in those countries in dealing with the twin pressures of higher upstream prices and weakening demand, particularly from China.

"Higher prices for inputs including fuel, metals and semiconductors meant that the disruption was broad-based across the (South Korean) manufacturing sector," Usamah Bhatti, economist at S&P Global (NYSE:SPGI) Market Intelligence, said of South Korea's PMI. "That said, the rate of input price inflation eased to a four-month low in a tentative sign that price pressures had peaked, although cost inflation remained well above the long-term average."

Adding to that gloom, the PMI for Taiwan, a semi-conductor manufacturing powerhouse, showed factory activity falling at its sharpest pace since May 2020.

There was some positive news for the region, however, with PMIs indicating input price growth slowing in China, Taiwan and South Korea.

A surge in global commodity prices amid supply chain disruptions caused by the pandemic and the Ukraine war has become a nightmare scenario for businesses and policymakers worldwide, with central banks rushing to tighten monetary policy and firms cutting costs.

Conditions in parts of Southeast Asia were also upbeat, with PMIs pointing to a pickup in activity growth in Indonesia, Malaysia and Thailand where new orders growth bucked declines seen elsewhere in the region.

Asia's readings come ahead of factory surveys due out of the UK, euro zone and United States later in the day, which are expected to show similarly mixed conditions in the world's major industrialised economies.