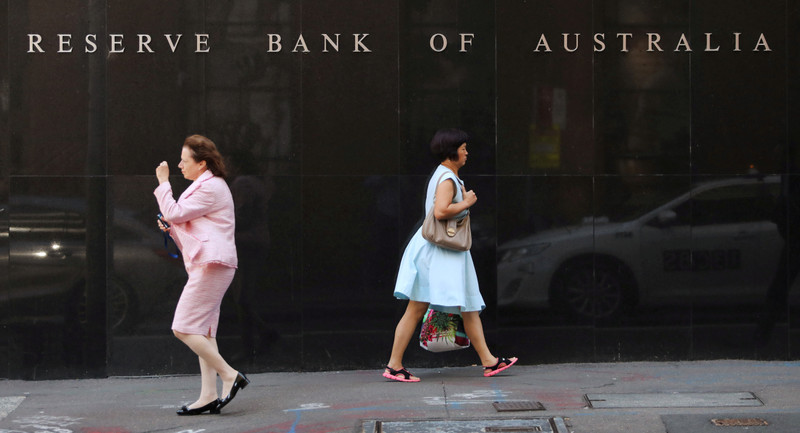 BENGALURU (Reuters) - Australia's central bank will deliver its third consecutive half-point interest rate hike on Tuesday and another in September, playing catch-up with peers in a campaign to contain surging inflation, a Reuters poll of economists found.

With inflation speeding to a 21-year high of 6.1% last quarter and expected to climb higher as food and energy costs surge, analysts say the Reserve Bank of Australia has work to do to get inflation back to its preferred 2-3% range.

One of the last major central banks to join a global monetary policy-tightening cycle, the RBA was forecast to raise the cash rate by 50 basis points to 1.85% at its Aug. 2 meeting, according to 32 of 34 economists surveyed July 22-28.

This would be the first time the RBA has raised rates by half a percentage point at three consecutive meetings since the introduction of the cash rate in 1990.

The remaining two economists expected an even bigger hike, of 65 or 75 basis points.

"Inflation clearly is running hot. This should keep the pressure on the RBA to continue to move quickly towards a more neutral setting of policy," said Taylor Nugent, economist at NAB who sees the RBA moving by 50 bps in August and September.

"There is a clear broadening out of inflation into services amid the tight domestic labour market backdrop, pointing to the risk the RBA feels compelled to move policy more explicitly into restrictive territory."

The RBA is then expected to deliver a fourth consecutive 50 basis point hike at the September meeting.

A majority, 19 of 31 economists who had a long-term view on rates, now expect the cash rate to reach 2.35% or higher by end-September, not year-end as forecast in the previous poll.

Further interest rate rises are seen on the way, with rates reaching 2.85% by end-2022, up 50 basis points from the previous survey. This would bring it above the estimated neutral rate, which neither stimulates nor restricts the economy, of 2.50%.

More than half of respondents - 14 of 25 - who had forecasts until the end of next year saw rates hitting 3.00% or higher. Money market traders are betting on rates going above that by the end of this year.

These expectations for a series of faster rate hikes come at a time when the RBA faces the first independent inquiry into its operations since the 1990s, amid criticism of its inflation and policy forecasting.

The Reserve Bank of New Zealand has come under similar criticism, but it started its rate hiking campaign last year.

Other central bank peers, the Bank of Canada and the U.S. Federal Reserve, delivered 100 and 75 basis point moves at their latest meetings.

Some analysts say the RBA has been moving too slowly.

"The RBNZ, BoC and the Fed will soon have cash rates around neutral-to-slightly restrictive levels, roughly around 2.5% on average. The RBA, with a cash rate of 1.35%, is the 'odd one out' and has plenty of work to do," said Andrew Ticehurst, senior economist at Nomura.