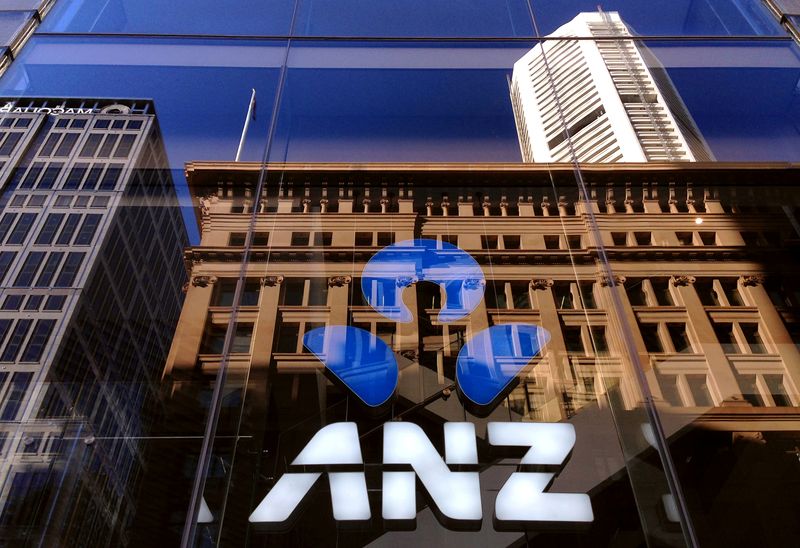 © Reuters. FILE PHOTO: The logo of the ANZ Banking Group is displayed in the window of a branch in central Sydney, Australia, Aprl 30, 2016. REUTERS/David Gray

The lender expects margins to be partly helped by higher deposit-driven earnings growth as the banking sector steps into a new period of higher borrowing rates.

"Rising rates – that's going to hurt some people, that's going to take money out of people's pockets. But at this point, people are well prepared for it," Chief Executive Officer Shayne Elliott said.

"There is uncertainty that lies ahead. Yes, it's broadly positive, but we have to be also careful that over time we tend to over-anticipate the benefits of interest rate rises because they do get competed away."

Spurred by a rise in revenue from institutional customers, strong home loan momentum in New Zealand and cost controls, ANZ's cash profit from continuing operations rose 4.1% to A$3.11 billion ($2.21 billion) and beat a Visible Alpha consensus estimate of A$2.99 billion.

"As I look at the environment in which we had to operate in the half, I actually think it was a very solid result... we managed margins tightly," Faruqui said.

ANZ, which has lost Australian home loan market share since 2019 amid claims of slow processing times, said capacity improved in the half, and that it was on track to grow in line with other major domestic banks by the end of the financial year.

ANZ's bigger rivals National Australia Bank (OTC:NABZY) and Westpac Banking (NYSE:WBK) Corp are both set to report their interim financial results in the days ahead.