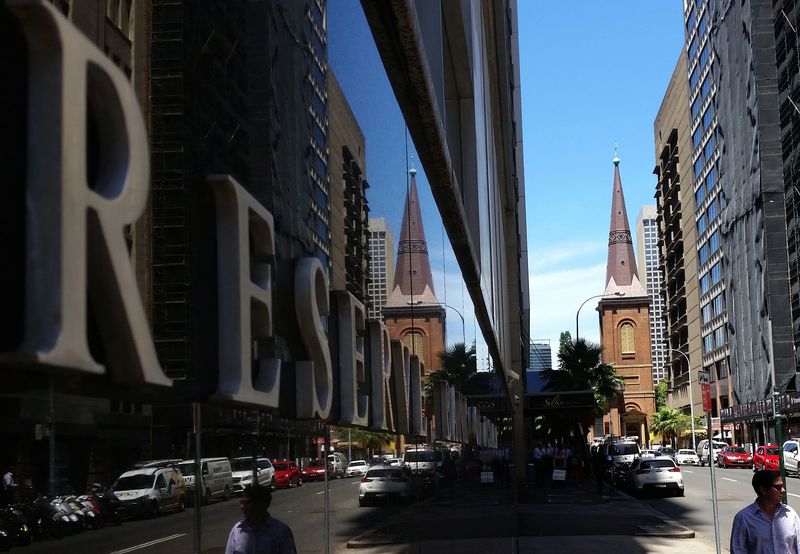 SYDNEY (Reuters) - An independent review of the Reserve Bank of Australia (RBA) is set to consider every aspect of its monetary policy decision making and board make up, including how it communicates with the public and which inflation targets it should follow.

In an 18-page statement of issues released on Thursday, the review panel said it would discuss whether monetary and fiscal policy should complement each other and how policymakers could be held accountable for their decisions.

"The Terms give us the opportunity to make broad-ranging recommendations on the RBA's objectives and mandate, the interaction between monetary, fiscal and macroprudential policy, as well as the way the RBA operates: including its governance, culture, and management," the three-person panel said in a statement.

The independent review was announced by Treasurer Jim Chalmers in July and is due to release its findings by March next year.

The RBA has come under scrutiny for undershooting its 2-3% inflation target for much of the last decade, and more recently giving forward guidance during COVID-19 that rates were not expected to rise until at least 2024.

Instead, the central bank had to reverse course and start hiking rates in May as inflation surged to two-decade highs. It has since raised rates five times to 2.35% and is expected to hike again in October.

The review will look at whether the RBA should modify its current inflation target of 2-3% over the longer term, given it has missed the band for much of the past decade.

Also noted was that the RBA Board is made up of two RBA staff, the Treasury Secretary and six business people, whereas some other central banks have boards comprised just of central bankers or of monetary policy experts.