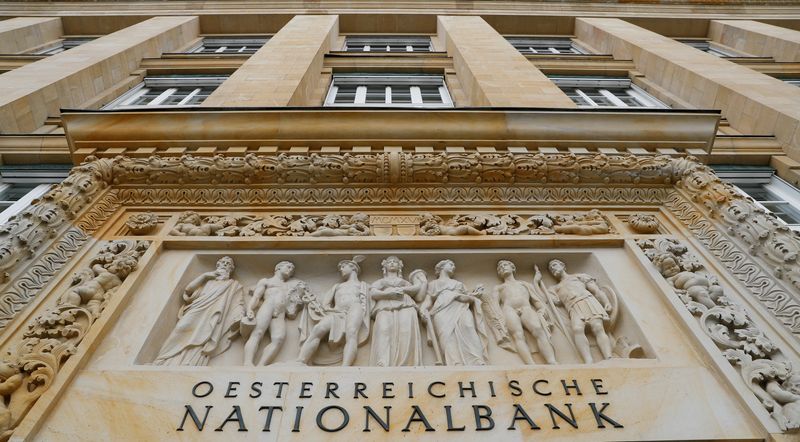 VIENNA (Reuters) - Austria should keep its recently introduced compulsory standards for mortgage lending, the Austrian National Bank (ONB) said on Tuesday, despite a recent call by the conservative finance minister for those standards to be reviewed.

Faced with a sustained housing boom and banks' widespread flouting of recommendations on mortgage lending aimed at limiting risk, Austria introduced the compulsory standards in August, though banks are still allowed to deviate from them in up to 20% of cases.

They include capping loan-to-value ratios at 90%, limiting maturities to 35 years and imposing a maximum debt service ratio of 40%. With interest rates now rising, however, Finance Minister Magnus Brunner has asked that the decision to introduce the compulsory standards be reviewed to make lending easier.

"The newly adopted regulation contributes to safeguarding financial stability by curbing excessive developments in residential real estate lending," the ONB said in a statement on its semi-annual Financial Stability Report, referring to the binding standards.

"Now that interest rates and the cost of living are rising rapidly and real estate prices are very high, this (safeguarding financial stability) is particularly important, not only for reasons of financial stability but also to prevent households' overindebtedness," the ONB said.

"It is therefore in the interest of both banks and borrowers that affordable home purchases remain fundable, while unsustainable household debt does not serve as an alternative to affordable housing."

The annual growth rate of bank loans to households had slowed recently but still stood at 4.7% in September, more than at any point between 2008 and 2020, the ONB said.