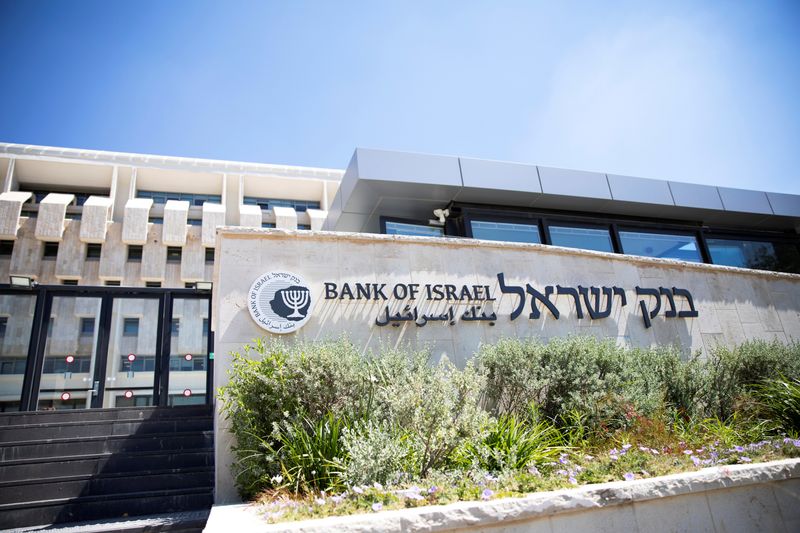 JERUSALEM (Reuters) - The Bank of Israel on Monday raised its benchmark interest rate by half a point, the seventh straight meeting it has increased rates to try to curb inflation that remains above 5%.

The central bank lifted its key rate to a 14-year high of 3.75% from 3.25%. In April, policymakers began raising the rate from 0.1% and have been aggressive during a front-loading process, but most analysts believe the tightening cycle is close to over.

Despite the rate hikes, Israel's annual inflation rate rose to a 14-year high of 5.3% in November from 5.1% in October - well above the government's 1%-3% annual target range and fuelling public anger at spiking living costs.

At the same time, Israel's economy grew an annualised 1.9% in the third quarter from the second quarter, slower than a 7.4% pace the prior three months.