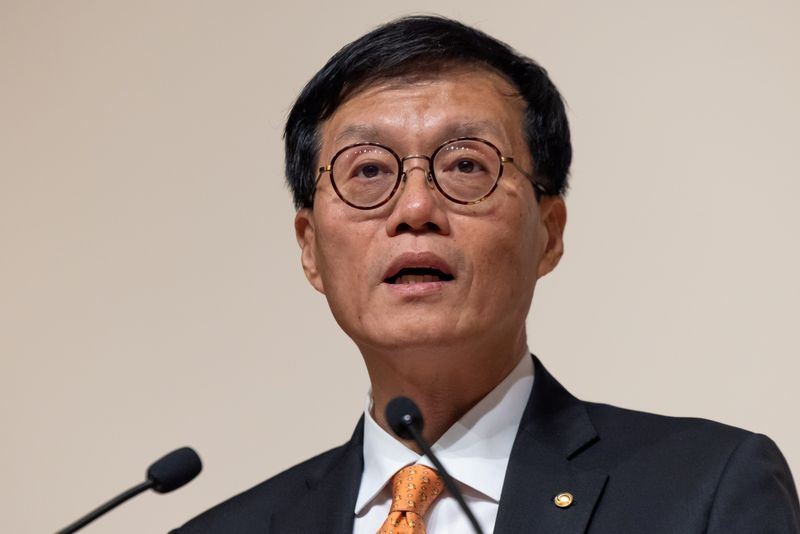 SEOUL (Reuters) - South Korea's central bank governor said on Tuesday the bank will do its best to ensure a soft landing for the economy amid significant internal and external uncertainty.

"The Bank of Korea, together with the government, will do its best in making sophisticated policy responses to achieve a soft landing of the South Korean economy, during this time of clouded visibility due to considerable external and internal uncertainties," Governor Rhee Chang-yong said in a speech at a New-Year event.

Rhee said the central bank will pay attention to growth and changes in financial and foreign exchange markets, while continuing to focus its monetary policy stance on stabilising prices.

The Bank of Korea (BOK) will hold its first rate decision meeting for this year on Jan. 13, having raised interest rates by 275 basis points to 3.25% since August 2021.

The BOK will proactively take market stabilisation measures when necessary through close communication and cooperation with related authorities, Rhee said, at the gathering of government officials, lawmakers and representatives of financial firms and agencies.