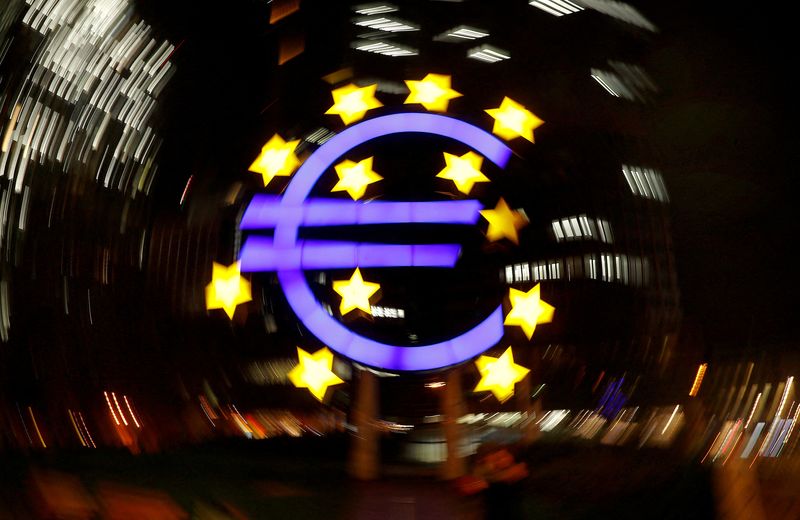 © Reuters. FILE PHOTO: The euro sign is photographed in front of the former headquarters of the European Central Bank in Frankfurt, Germany, April 9, 2019. Picture is taken on slow shutter speed while the camera was moved. REUTERS/Kai Pfaffenbach/File Photo

BERLIN (Reuters) - The premier of the German state of Bavaria called on the European Central Bank (ECB) on Wednesday to tighten monetary policy to counter rising inflation in Europe's biggest economy, according to an interview in Handelsblatt business daily.

"Inflation is rising overall and at the same time there are still zero interest rates for savers. It is a fact that there is creeping expropriation," Markus Soeder, head of the conservative Christian Social Union, told Handelsblatt.

"In the face of inflation, the ECB should slowly scale back its ultra-loose monetary policy," he said.

Harmonised consumer prices rose 5.7% year-on-year last month in Germany after a record increase of 6.0% in November, well above the ECB's price stability target of 2% for the euro zone, preliminary data showed last week.

"Germany is experiencing the worst price rises since 1993," Soeder told the paper. "So the government must urgently provide relief for citizens and the economy," he said, suggesting energy tax relief.

German government officials and policymakers at the central bank have said they expect inflation to ease further in the coming months as transitory effects wane.

Central banks including the U.S. Federal Reserve have acknowledged that inflation may prove more persistent than once thought, but the ECB has stuck to its view that price growth will slip back below its 2% target in late 2022 on its own.