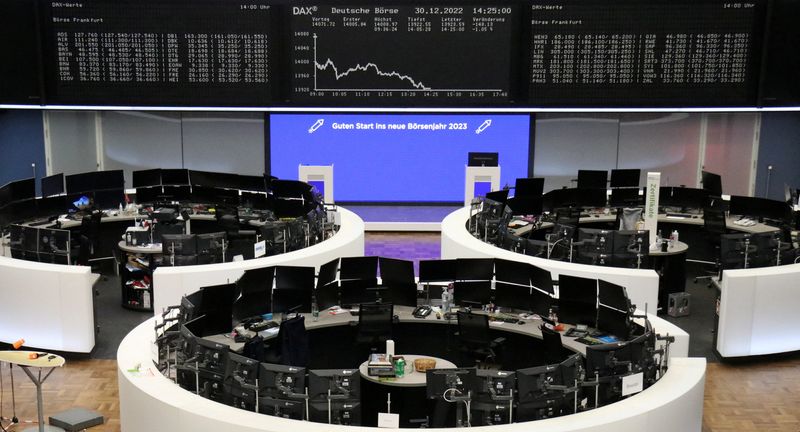 Minutes on Wednesday from the Fed's December policy meeting showed officials were worried about "misperception" in financial markets that their commitment to fighting inflation was flagging, though they agreed the central bank should slow the pace of its monetary policy tightening.

The market was hoping the minutes could be a "blueprint to a pivot," said Danni Hewson, an analyst at AJ Bell. "What we got out of those Fed minutes was a reality check."

Healthcare stocks dragged, with pharma giants like Novartis AG and Sanofi (NASDAQ:SNY) shedding more than 1% each.

"The update from WHO about there not being a new variant coming out of China has made investors think there's not going to be quite the payday that they had expected," added Hewson.

"Another thing which will be weighing on investors' minds is inflation and the cost of living crisis because governments and consumers are having to think about where they spend their cash."

China-exposed luxury stocks such as LVMH and Hermes International (OTC:HESAF) fell over 1% each as rising COVID cases in the world's second-largest economy stoked worries over demand.

After a rough 2022, European shares had a strong start to the year, supported by economic data showing a milder-than-expected recession and easing of price pressures in some countries, along with hopes of a post-COVID recovery in China.

Investors await producer price data, due at 1000 GMT, for clues on the impact of the European Central Bank's aggressive tightening to tamp down inflation.

Ryanair gained 5.9% on lifting its profit-after-tax forecast, citing recent pent-up travel demand while warning that COVID and the war in Ukraine could still impact its results.