BOJ inflation target to be scrutinised at government forum 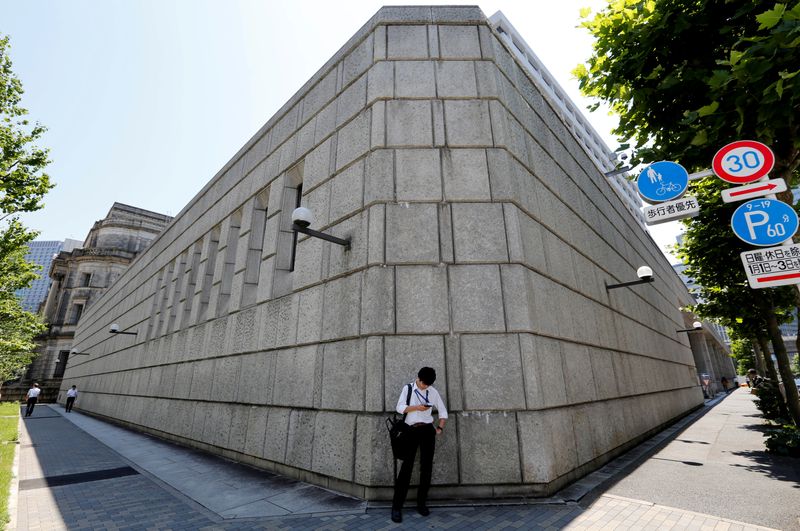 © Reuters. FILE PHOTO: A man looks at a mobile phone in front of the Bank of Japan building in Tokyo, Japan June 16, 2017. REUTERS/Toru Hanai/File Photo

(Reuters) - A government-affiliated think tank will host a forum next month to discuss the Bank of Japan's 2% inflation target and the "challenges ahead", the organisation said on Monday.

The online forum by the Economic and Social Research Institute will be held on Dec. 5 and comes at a time when soaring raw material prices and a weak yen, driven by ultra-low interest rates, push consumer inflation above the target.

Participants include Columbia University professor Takatoshi Ito, who was a proponent of setting an inflation target when the BOJ had none until 2013, and University of Tokyo academic Tsutomu Watanabe, a former BOJ official known for his analyses on Japan's price trends.

The institute is part of the government's Cabinet Office.

Under pressure by former prime minister Shinzo Abe to ramp up efforts to beat deflation, the BOJ adopted the 2% target in January 2013 and signed a joint statement with the government that held it accountable for propping up prices.

But stubbornly low inflation and a fragile economy forced the BOJ to maintain a massive stimulus until now, keeping Japan's central bank an outlier among global peers that have been tightening monetary policy to combat soaring inflation.

With prolonged easing crushing bank profits and distorting the yield curve, some lawmakers have called for tweaking the joint statement and making the 2% inflation target a long-term goal with some room for flexibility.