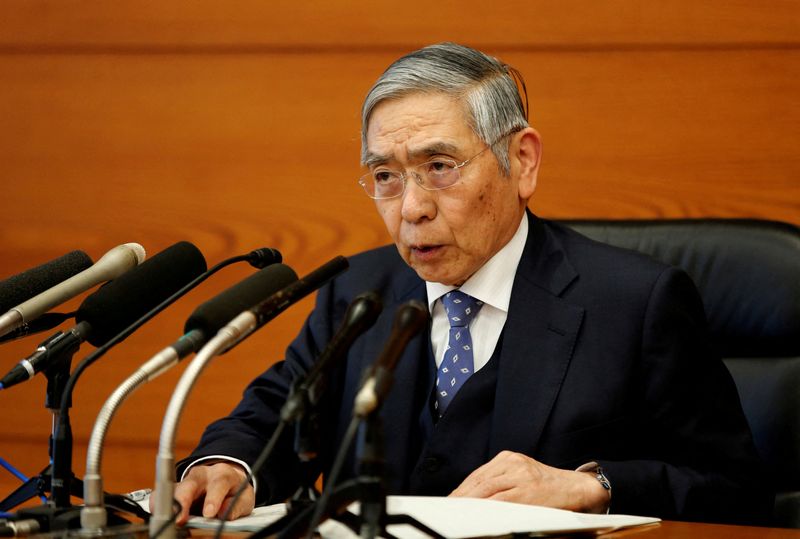 TOKYO (Reuters) - Bank of Japan Governor Haruhiko Kuroda said on Tuesday that uncertainty in the global economy was heightening due to "fairly high" U.S. and European inflation, as well as rising Omicron coranavirus cases.

But Kuroda added that he expected the global economy to recover driven by solid expansion in advanced economies.

He made the remarks at a meeting with the Japanese Bankers Association, the country's banking sector lobby.