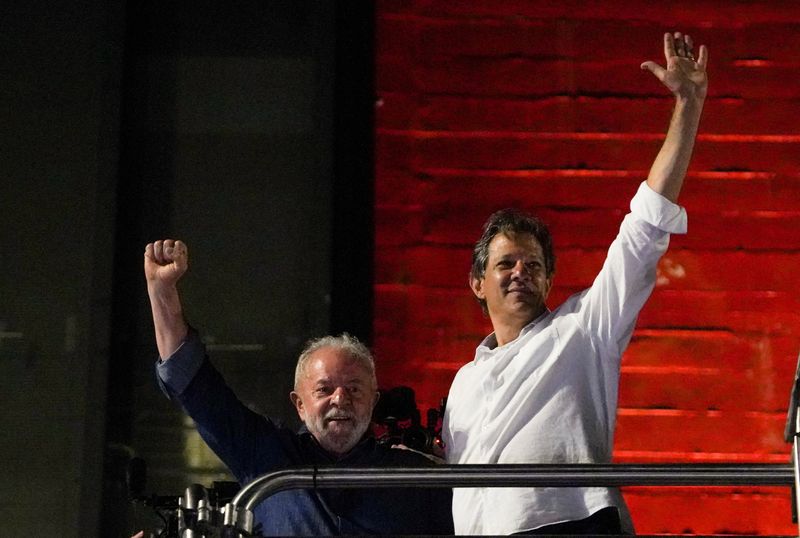 "We are not here for adventures," he said, seeking to calm market jitters over the return of Lula.

A former mayor of Sao Paulo, Haddad took office with the challenge of presenting a credible fiscal framework after Congress passed a package increasing Brazil's spending cap to ramp up social expenditures.

In his first speech in office, Haddad said the government would not accept the "absurd" 220 billion-real ($41.19 billion) primary deficit forecast in this year's budget, indicating it will work to reduce it.

He pledged to fight inflation, promising to send to Congress the proposal for a new fiscal anchor in the first half of the year seeking to ensure public debt sustainability.

But he did not mention Lula's decision the day before to extend a costly tax exemption on fuels, in what some saw as a striking political setback for the new minister.

Prior to taking office, Haddad had stated that the measure - which has an annual impact of 52.9 billion reais - would not be extended.

Speaking to journalists after the event, he said Lula asked for an extension so that a decision on resuming fuel taxes could be taken once the new board of state-owned oil company Petrobras is installed. The taxes boost federal revenue but harm Lula's popularity.

A lawyer with a master's degree in economics and a doctorate in philosophy, Haddad has been viewed with distrust by the market for fear of uncontrolled spending.

He sought to dispel these concerns on Monday, saying the harmonization of fiscal and monetary policy would happen "for sure." Haddad said he will also try to democratize access to credit and establish a more transparent tax system.