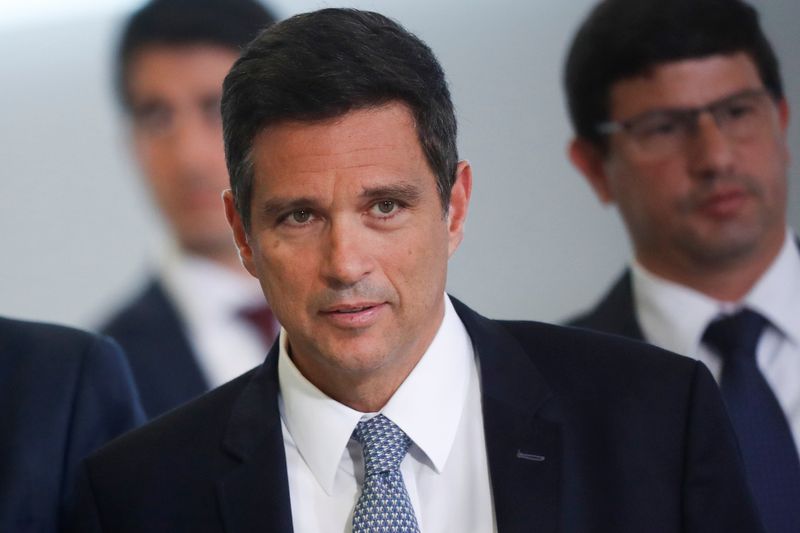 (Reuters) - Brazil's central bank chief Roberto Campos Neto said on Tuesday that inflation is showing "incipient" signs of improvement, but he reiterated that Latin America's largest economy must "persist" in its battle to curb price pressures.

"Although much of the recent improvement in inflation is due to government measures, there are incipient indicators that show a qualitative improvement," Campos Neto told a business conference in New York, adding that it was too early to celebrate the improvement.

Brazil's consumer prices rose 6.5% in the 12 months through October, down from a peak of 12% in April.

Campos Neto also said that maintaining fiscal stability was important for social inclusion in Brazil, where President-elect Luiz Inacio Lula da Silva has been criticized for a plan to ramp up social spending.

"Fiscal discipline is directly related to the country's credibility and there is a turning point where trying harder for the most needy can generate results contrary to what is desired, putting financial stability and job creation at risk," Campos Neto said.

Investors were spooked last week by Lula's spending plans and the leftist's apparent downplaying of the importance of fiscal prudence, putting pressure on Brazilian assets and the country's currency. Brazilian assets have since recovered.

"We understand that only a cohesive plan, with fiscal coherence and continuity of reforms, will ensure a sustainable growth trajectory with low inflation and low interest rates," Campos Neto said.