Britain's Next raises profit guidance for fifth time in 10 months 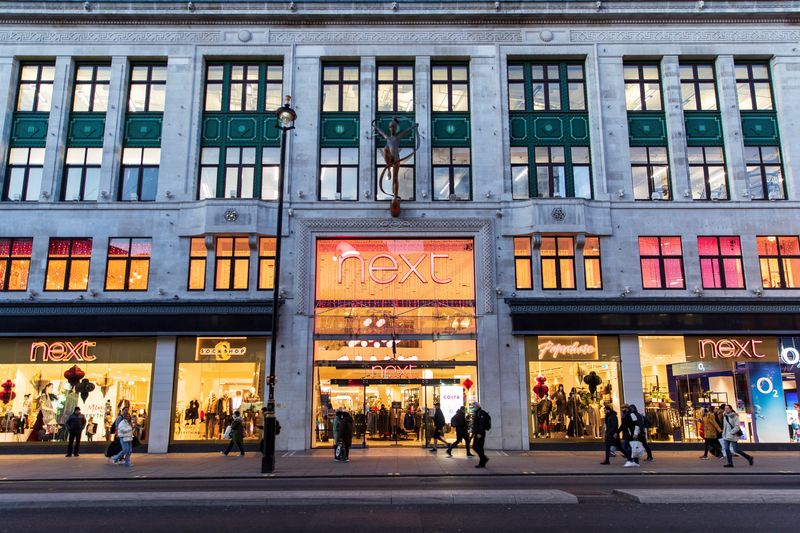 LONDON (Reuters) -British clothing retailer Next on Thursday beat guidance for sales in the run-up to Christmas and raised its full-year profit outlook for a fifth time in ten months.

Next, which trades from about 500 stores and online, said full-price sales rose 20% in the eight weeks to Dec. 25 versus the same period in its 2019-20 year, before the pandemic impacted trading. That compares to guidance of a rise of 10.2%.

Next, the first major British retailer to update on Christmas trading, said a strong online performance more than offset another fall in store sales.

Total online sales rose 45%, while retail sales in the UK and Ireland fell 5.4%.

Next has proved a resilient performer during the pandemic, benefiting from its long-established online operations.

Rivals with weaker or no online business, notably Primark, have seen large falls in sales. Others, such as Topshop-owner Arcadia, and Debenhams went bust.

Next also declared a further special dividend of 160 pence per share to be paid at the end of January and said it intends to return to its pre-pandemic dividend cycle in the 2022-23 year.