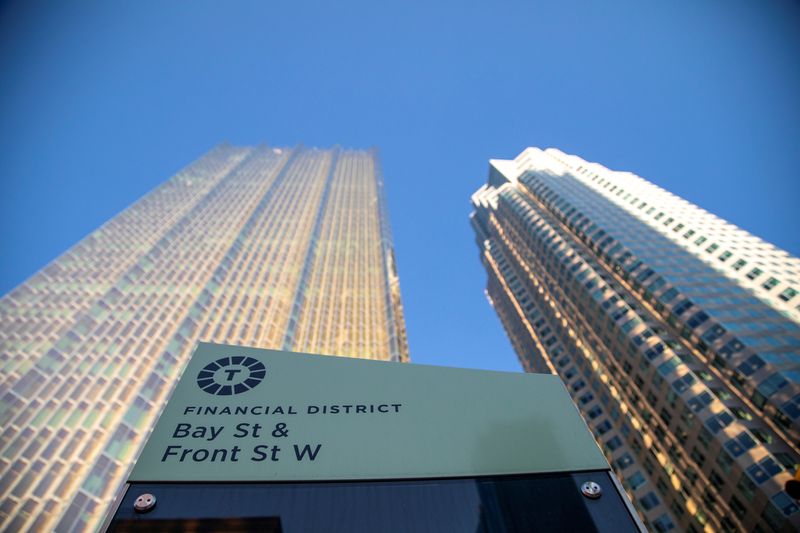 By David Ljunggren and Steve Scherer

OTTAWA (Reuters) -The Canadian economy most likely grew at an annualized rate of 4.6% in the second quarter over the first, above the Bank of Canada's projection, boosting market expectations of another big hike in September.

Statistics Canada said on Friday GDP was essentially unchanged in May, when a construction workers' strike and chip shortages helped crimp growth. Analysts had expected the economy to shrink by 0.2%.

In June, the economy most likely expanded 0.1%, it said in a flash estimate.

The central bank forecast on July 13 that annualized growth would hit 4.0% in the second quarter, up from 3.1% in the first.

That same day, the bank raised its main interest rate by 100 basis points in a bid to crush inflation, its biggest hike in 24 years, and said more increases would be needed. The bank says it wants to front-load its tightening to avoid a recession.

Andrew Grantham, senior economist at CIBC Capital Markets, said the solid second quarter growth and evidence that "supply constraints, rather than slowing demand, were holding back overall growth, meant the Bank of Canada is still on course to deliver another non-standard rate hike at its next meeting".

The transportation and warehousing sector posted a 1.9% gain from April, with air travel jumping 14.1% on higher cargo and passenger movements.

Royce Mendes, managing director and head of macro strategy at Desjardins, said he continued to believe the Bank of Canada would raise rates by 50 basis points in September.