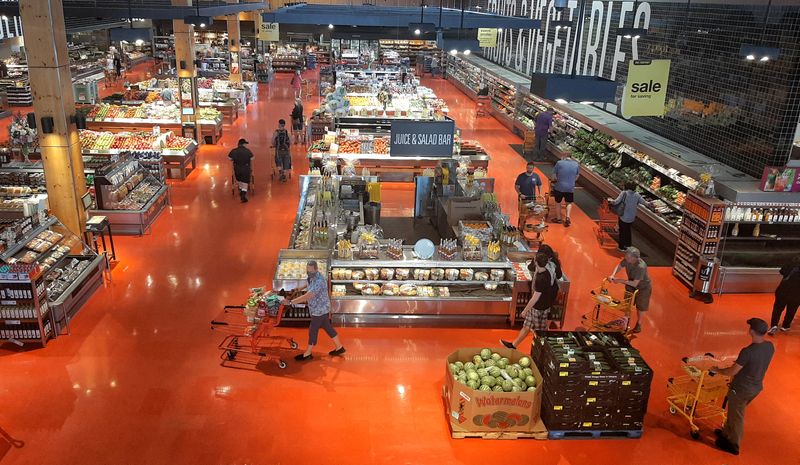 OTTAWA, Jan 16 (Reuters) - Most Canadian businesses expect a mild recession in the next year because of higher interest rates that are curbing investment plans, while at the same time more expect inflation to stay high for longer, a quarterly Bank of Canada survey showed on Monday.

Business sentiment continued to weaken in the fourth quarter and expectations for slower sales growth increased for a fourth consecutive quarter, the survey said. Some two-thirds of firms expect a recession over the next 12 months, with 90% of those expecting it to be mild.

Almost 30% of firms see sales falling over the next year, mainly because of weakening domestic demand. Several firms said rising interest rates were slowing household demand and demand in the housing market.

Around 71.5% of consumers also expect "a mild to moderate recession" and just under half of those expect it to be "moderate in severity and length", according to a separate quarterly survey.

Last year the bank lifted rates at a record pace of 400 basis points in nine months to 4.25% - a level last seen in January 2008 - to fight inflation. The survey showed that 84% of firms expect inflation to remain above 3% for the next two years, up from 77% in the third quarter.