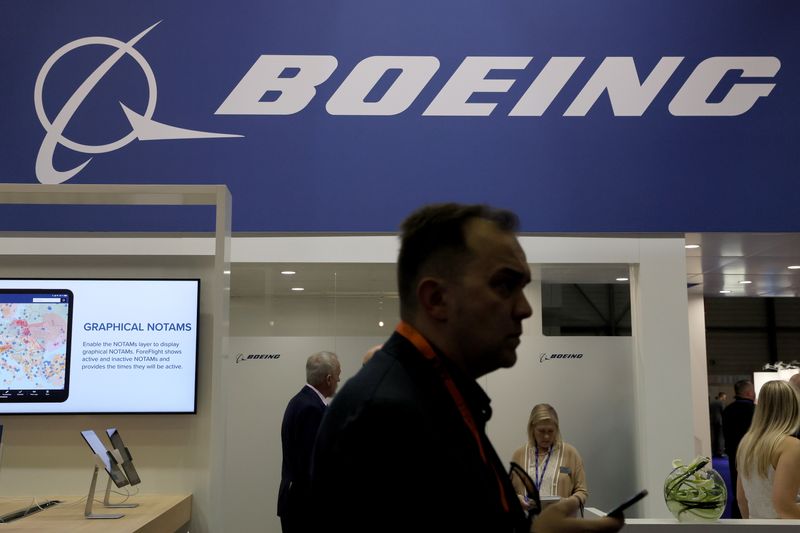 WASHINGTON (Reuters) -A union representing nearly 2,500 employees at three Boeing (NYSE:BA) Co defense locations in the St. Louis area said on Saturday they will vote on the company's revised contract offer, canceling a strike that was set to start Monday.

The International Association of Machinists and Aerospace Workers (IAM) said an overnight bargaining session had led to the new Boeing offer and workers will vote Wednesday on whether to accept it.

Under the new contract offer https://www.iam837.org/news/new-contract-offer-from-boeing, employees can opt to receive an $8,000 lump sum payment -- minus tax withholdings -- upon ratification or can choose to have the entire amount deposited in a 401(k) plan. The company is dropping its revised 401(k) match proposal.

Boeing said in a statement Saturday "this new offer builds on our previous strong, highly competitive one and directly addresses the issues raised by our employees. We are hopeful they will vote yes on Wednesday."

Workers at the three plants in Missouri and Illinois build the F-15, F-18, T-7A trainer, and the MQ-25 unmanned refueler. Boeing said on July 24 it was activating a contingency plan in the event of a strike.

The standoff began after the union had criticized Boeing's 401(k) payments in the contract and workers rejected the offer.

"Boeing previously took away a pension from our members, and now the company is unwilling to adequately compensate our members' 401(k) plan," IAM said on July 24.

Boeing's earlier 401(k) offer on Sunday included a company match of workers contributions up to 10% of workers' salaries along with an automatic contribution of 2% for 2023 and 2024. Boeing had also offered a $3,000 ratification bonus.

Boeing currently provides a 4% company contribution and a 75% match on the first 8% of an employee contribution.