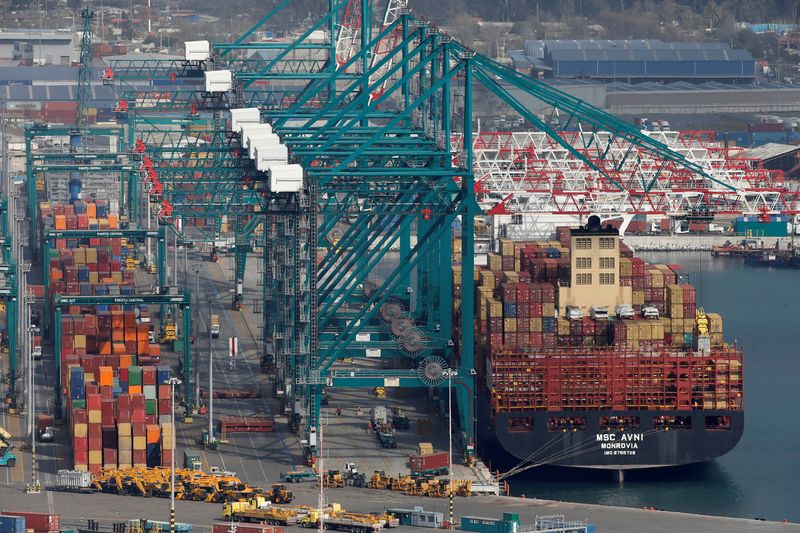 © Reuters. A container ship of the Mediterranean Shipping Company S.A. (MSC) is seen next to cranes at the San Antonio port in Chile August 6, 2019. REUTERS/Rodrigo Garrido

That was above market expectations of a 6.3% rise, according to a Reuters poll of economists. In a statement, the central bank said the rise was "mainly explained by the increase in services activity."

The central bank noted a 1.5% drop in goods production as a result of a decline in the performance of the mining industry.

Chile's economic activity in March was also up 1.6% from a month earlier in seasonally adjusted terms, the central bank added.

Services and commerce fell sharply due to health measures imposed during the coronavirus pandemic, but those measures have been loosened and Chile's economy has recovered faster than expected.

That has also led to strong pressure on consumer prices, which the central bank has tried to battle with a sharp rise in the benchmark interest rate.