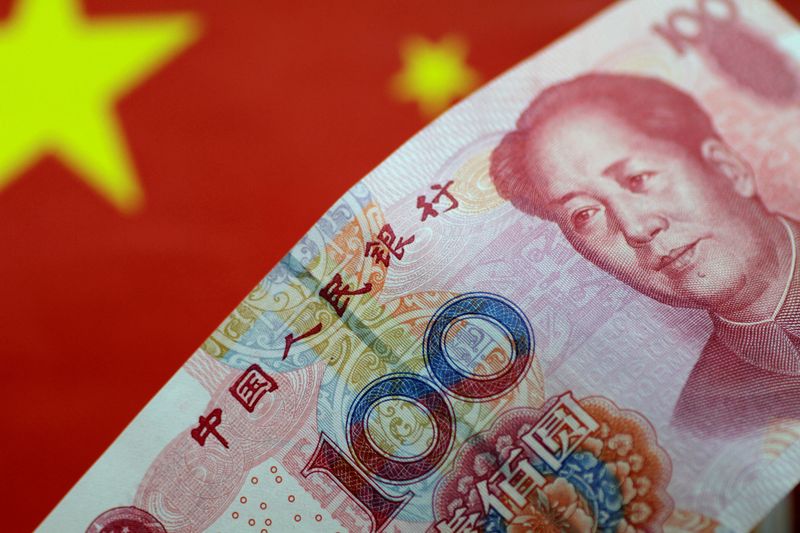 © Reuters. FILE PHOTO: A China yuan note is seen in this illustration photo May 31, 2017. REUTERS/Thomas White

The People's Bank of China (PBOC) injected 10 billion yuan ($1.57 billion) worth of seven-day reverse repos, compared with 110 billion yuan of such loans expiring on the same day.

For the week, the PBOC drained 660 billion yuan on a net basis - the biggest weekly cash withdrawal since early November.

But markets widely believe that China's central bank will replenish liquidity shortfalls again before the Lunar New Year holiday, which falls on Jan.31 to Feb. 6 this year, though investors remain split on whether more monetary easing was imminent in the world's second-largest economy.