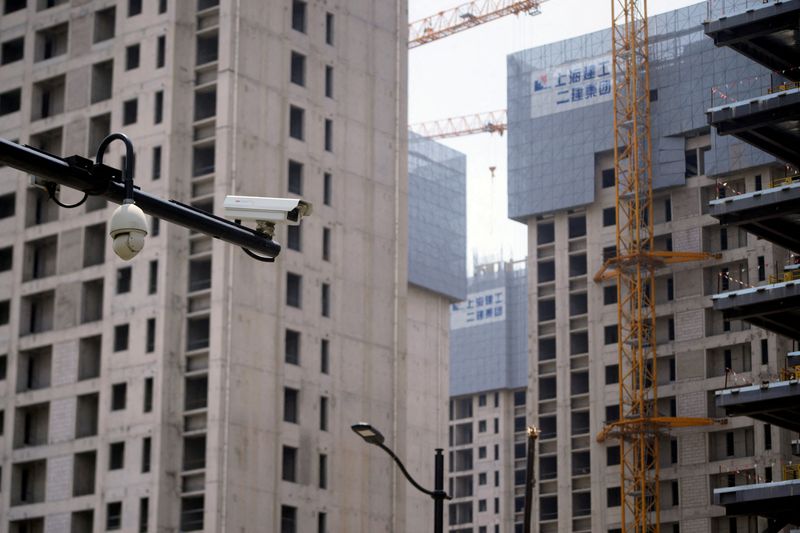 New home prices in 100 cities were down 0.01% from June, when prices rose 0.04%, according to a survey from China Index Academy, one of the country's largest independent real estate research firms.

Among the 100 cities, 47 reported a fall in new home prices, compared with 41 cities doing so in June.

The total floor area of homes sold in 17 cities tracked by China Index Academy slumped 33.4% from a month earlier, according to a separate statement from the research firm, with the southern city of Guangzhou plunging 48% and Beijing sinking 34%.

China's property market, already grappling with a debt crisis among developers and weak homebuyer sentiment, has been further rocked by a mortgage boycott in recent months.

Strict rules on new borrowing has dramatically cut access to fresh capital for developers, leading to construction stoppages for hundreds of projects across China and further weighing on home values and sentiment.

Last week, China's top leaders in a high-level meeting of the ruling Communist Party called for efforts to stabilise property markets and ensure the delivery of homes sold by developers ahead of construction.