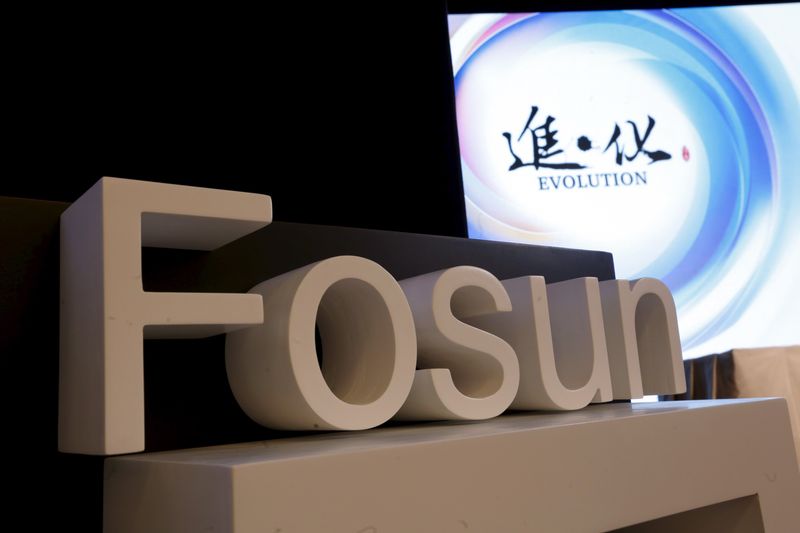 © Reuters. FILE PHOTO: A company logo of Fosun International is seen during the annual general meeting of the Chinese conglomerate, founded by billionaire Guo Guangchang, in Hong Kong, China May 28, 2015. REUTERS/Bobby Yip

(Reuters) - Chinese regulators have told the country's biggest banks and state-owned firms to start a round of checks on their financial exposure to Chinese conglomerate Fosun International Ltd, Bloomberg News reported on Tuesday.

The regulators include the China Banking and Insurance Regulatory Commission (CBIRC), which requested that commercial banks check their exposure to Fosun debt and understand potential liquidity risks, the report said, citing people familiar with the matter.

The regulator's request does not mean it wants lenders to change their financing toward Fosun, including outstanding loans, the report said.

A Fosun representative said in a statement to Bloomberg that the group had not received any notice from authorities about the requests, and that the group's operations remain healthy and resilient to challenges.

Fosun, whose billionaire chairman Guo Guangchang is among China's best-known entrepreneurs, was also one of China's most acquisitive dealmakers until Beijing's crackdown on flashy overseas acquisitions a few years ago.

The Beijing branch of the State-owned Assets Supervision and Administration Commission (SASAC) also asked local state-owned enterprises for details about their links to the Fosun group that include stock holdings, debt lending and guarantees, according to the Bloomberg report.

The Fosun representative was quoted in the report as saying that a query to the Beijing state asset regulator found that the practice was part of its normal research and previously involved other companies.