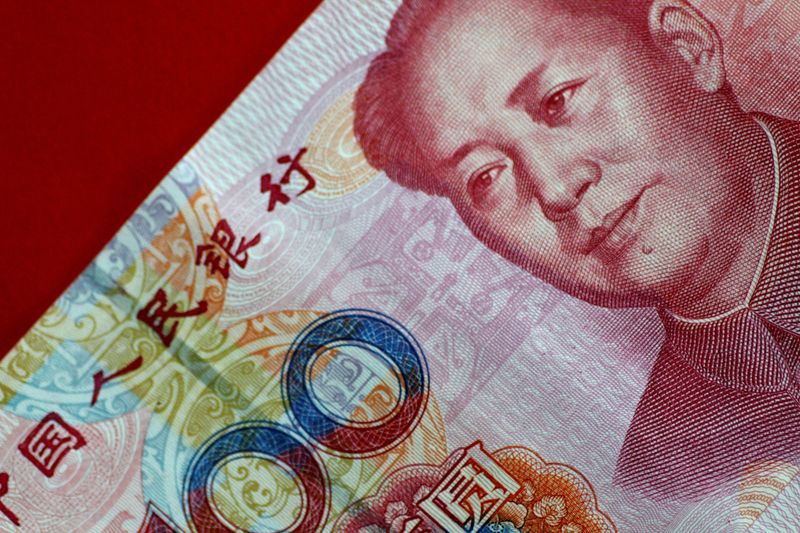 © Reuters. FILE PHOTO: A China yuan note is seen in this illustration photo May 31, 2017. REUTERS/Thomas White/Illustration

SHANGHAI (Reuters) -The Chinese government will now require that domestic firms in certain sectors receive clearance from regulators before they can list outside mainland China.

Currently, many Chinese companies use a so-called variable interest entity (VIE) structure to float overseas, skirting foreign investment restrictions in sectors such as media and education.

The National Development & Reform Commission (NDRC) also said on Monday that foreign stakes in such companies must be capped and foreign capital must not be involved in the operation and management of such companies.

Under the new filing system, VIE-structured companies will still be allowed to list as long as they're compliant.

"The NDRC statement goes hand in hand with the filing system," said Zhan Kai, a lawyer at East & Concord Partners.