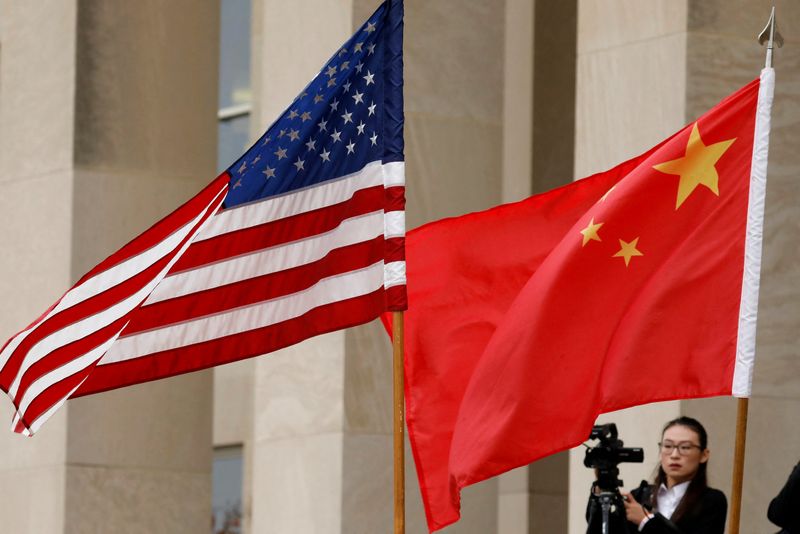 © Reuters. FILE PHOTO: U.S. and Chinese flags are seen before a meeting between senior defence officials from both countries at the Pentagon in Arlington, Virginia, U.S., November 9, 2018. REUTERS/Yuri Gripas/File Photo

BEIJING (Reuters) - China's trade surplus with the United States was $39.23 billion in December and $396.58 billion for the whole of 2021, data from China's General Administration of Customs showed on Friday.