China's cabinet says it will promote transformation of digital economy 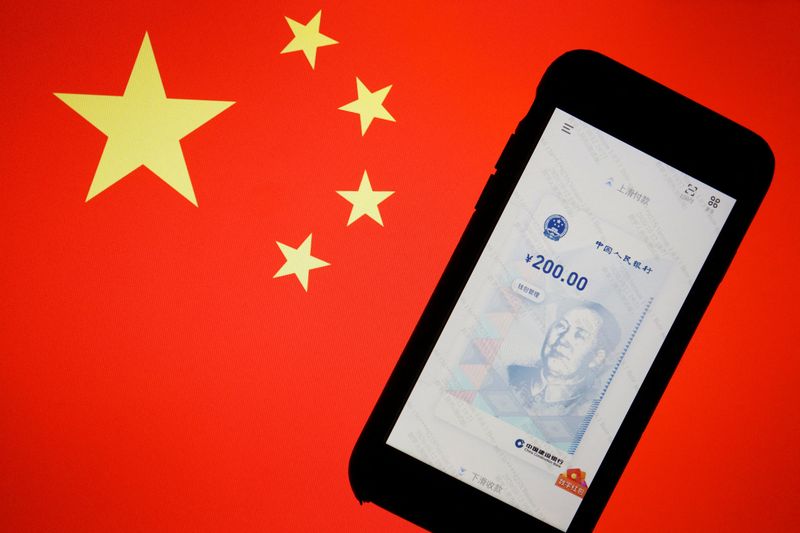 © Reuters. FILE PHOTO: China's official app for digital yuan is seen on a mobile phone placed in front of an image of the Chinese flag, in this illustration picture taken October 16, 2020. REUTERS/Florence Lo/Illustration

(Reuters) - China's cabinet issued a plan on Wednesday for the development of the country's digital economy, aiming to increase this sector's share of national GDP by pushing technologies like 6G and big data centers.

Other targets included accelerating the construction of big data centers and increasing the number of users of gigabit broadband, the fastest connection speed available, from 6.4 million in 2020 to 60 million in 2025.

The State Council also pointed out structural issues in China's digital economy that needed to be addressed.

"The development of China's digital economy also faces some problems and challenges: the lack of innovation capacity in key areas...data resources are huge, but the potential has not been fully released; the digital economy governance system needs to be further improved," according to the plan.