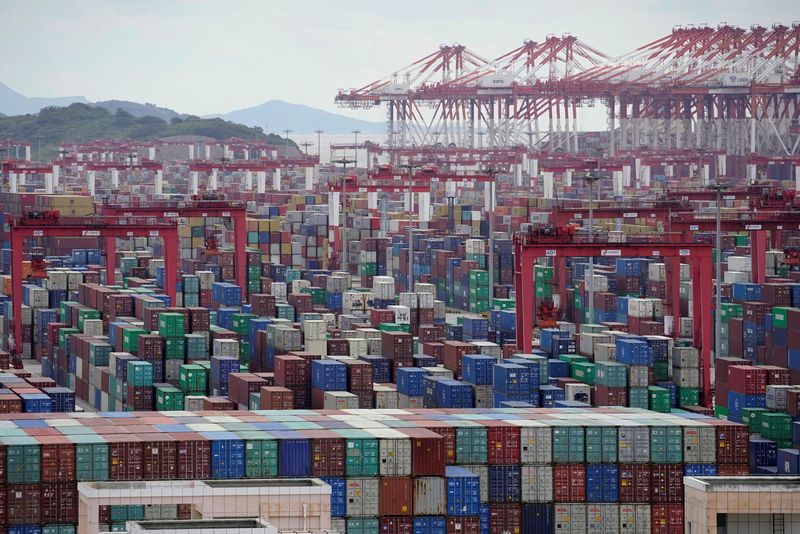 China's booming exports outperformed expectations for much of 2021 and buoyed growth as several other sectors were faltering, but shipments have been slowing as an overseas surge in demand for goods eases and high costs pressure exporters.

Imports rose 19.5% year-on-year in December, the customs data showed, missing a forecast 26.3% rise and sharply down from a 31.7% gain in November.

The world's second-largest economy has staged an impressive recovery from the pandemic but there are signs the momentum is flagging. A property downturn and strict COVID-19 curbs are among the headwinds clouding the outlook for 2022.

The country will roll out more policies to help exporters and ease the pressure of international logistics problems, the official Xinhua news agency said in late December, citing a meeting of the State Council chaired by Premier Li Keqiang.

China's vice commerce minister said on Dec. 30 that the country will face an unprecedented degree of difficulty in stabilising foreign trade in 2022, as other exporters ramp up production and amid a less-favourable base of comparison.

At a key agenda-setting meeting last month, China's top leaders pledged to focus on stabilising the economy and keeping growth within a reasonable range in 2022.