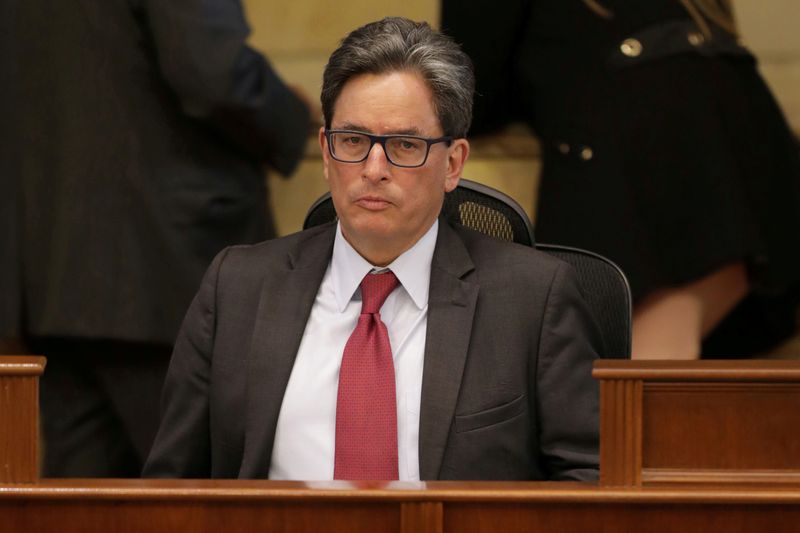 BOGOTA (Reuters) -Colombia's highest administrative court has annulled the appointment of central bank co-director Alberto Carrasquilla on the grounds that it violated a gender quota law, the court said on Thursday.

The court said in a statement on Twitter that the appointment disregarded a law that rules that women's participation at the highest decision-making levels should reach at least 30%.

"With five full-time members, the 30% gender quota had been met with two women," it said, adding that following Soto's resignation, a women should have been appointed.

"This did not happen, on the contrary, there were four men and a single woman representative."

The court said that there would be no appeal against its decision. The central bank could not be immediately reached for comment.

The central bank's co-directors are appointed by the president, so the court's ruling opens the possibility for leftist President Gustavo Petro to name Carrasquilla's replacement.

The representatives have fixed terms of four years, which can be extended twice, meaning they can remain in office for up to 12 years.