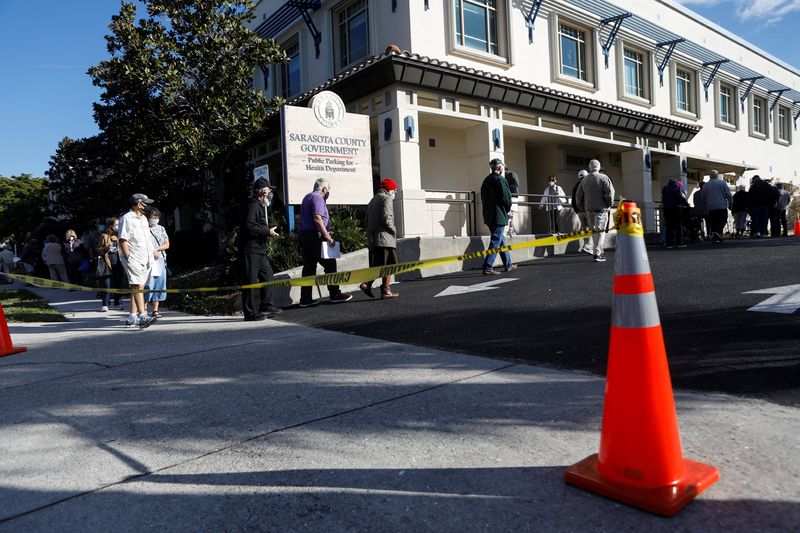 © Reuters. Seniors, who are 65 and over, wait in line at the Department of Health Sarasota COVID-19 Vaccination Clinic in Sarasota, Florida, U.S. January 4, 2021. REUTERS/Octavio Jones

LONDON (Reuters) - Insured losses of $44 billion from COVID-19 so far represent the third largest cost to insurers of any catastrophe, behind Hurricane Katrina and the 9/11 attacks, insurance broker Howden said on Tuesday.

However, initial projections of $100 billion-plus for COVID-19 insured losses now look "improbable", Howden said in a report on reinsurance renewals.

That prediction was made by industry specialists in the early days of the pandemic nearly two years ago, as events were cancelled and businesses forced to shut down across the world.

Insurers have since excluded COVID-19 from many policies.

Gallagher Re said earlier on Tuesday that some European property reinsurance rates rose by more than 50% after the region suffered record insured losses last year from natural catastrophes such as floods and storms.