Credit Suisse pays up to redeem A1 bond, sends 'message to the market' 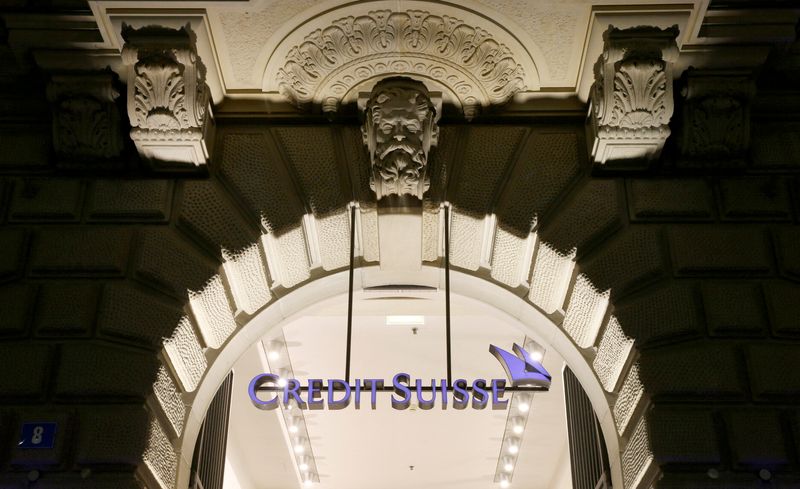 LONDON (Reuters) - Scandal-hit lender Credit Suisse has opted to tap investors for a pricier dollar bond in order to repay a $1.5 billion capital-boosting issue, a measure investors say was necessary to avoid raising concern over its ability to pay debt.

Credit Suisse's bond issue raised $1.65 billion at a 9.75% interest rate, according to an IFR pricing sheet on Friday. A source familiar with the matter confirmed the details to Reuters.

The bond sold this week, like the one it refinances, is a so-called Additional Tier 1 issue - a type of contingent convertible (CoCo) bond. Deemed to be the most risky debt banks can issue, CoCos are designed to be perpetual in nature, though banks can repay them after a specified period.

It is standard practice for banks to redeem or "call" AT1 instruments at the first opportunity but past exceptions -- notably Deutsche Bank (ETR:DBKGn) in 2020 - imply Credit Suisse could have done the same, instead of opting to issue another bond at a higher price.

Its new bond pays 9.75%, considerably above the 7.125% interest rate on the previous high-trigger convertible issue.

Some investors said, however, that choosing not to redeem the bond risked raising concerns that the bank might be unable to repay debt as it weathers a turbulent period. "The position that CS has been in the headlines over the last year or 18 months, they probably couldn't afford this to go wrong," Dillon Lancaster, portfolio manager at TwentyFour Asset Management, said. "I think the first decision was to do it and I think that's a good one made by management in terms of being bondholder-friendly. And the second one was having the ability to do it, to get the book for the new deal to (refinance) the old deal."

Lancaster estimated that had the original bond not been called, its coupon would have reset at around 8.55%, meaning the new deal cost Credit Suisse roughly 120 basis points more than sticking with the old one.

Devised in the wake of the 2008 financial crisis, AT1 securities aim to bolster a bank's capital buffers and aim to ensure that investors, rather than taxpayers, would be on the hook if a bank ran into financial difficulties.

But while a bank can opt not to call the bond, Deutsche Bank's 2020 decision not to redeem its $1.25 billion in AT1 bond sparked market turmoil.

It followed a similar move in 2019 by Santander (BME:SAN).

Filippo Alloatti, head of financials at Federated Hermes (NYSE:FHI) Limited, welcomed the decision to redeem the debt calling, saying "it helps Credit Suisse credit spreads to be perceived as a good corporate citizen".

Credit Suisse shares closed 2% higher on Friday following the news, while rival UBS' shares were down.

Credit Suisse also said that redeeming the outstanding instruments helped it to simplify its AT1 capital portfolio. All its AT1 bonds will now be structured to be written off should capital fall below a certain threshold, as opposed to being converted into equity, as was case with the bond now being redeemed.

Some argue too that borrowing costs are likely to increase in coming months as central banks raise interest rates.

Finally, for the bank battered by a string of scandals and profit hits, (the new issuance) was an opportunity to send "a message to the market," one person familiar with the situation told Reuters.