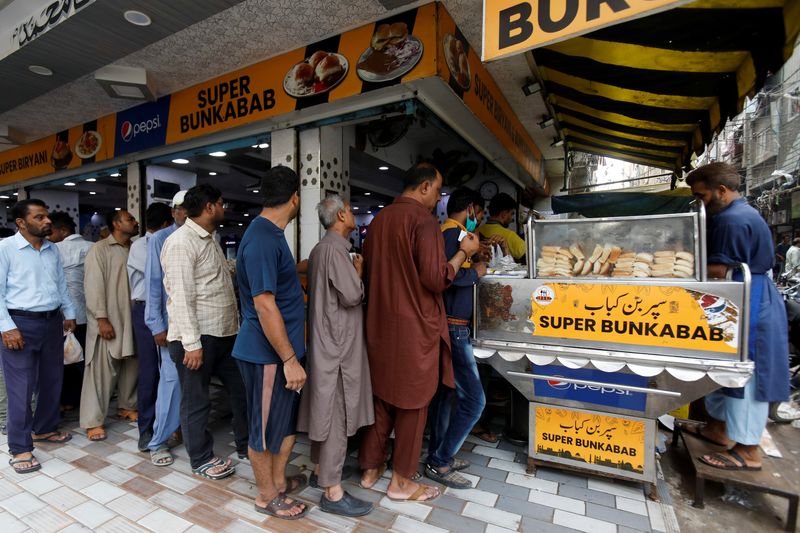 ISLAMABAD (Reuters) - Pakistan's powerful army chief appealed to Washington to use its leverage to secure the early release of International Monetary Fund money, Pakistani sources said on Friday, as the South Asian nation struggles to stave off an economic crisis.

Islamabad and the IMF reached a staff-level agreement earlier this month to pave the way for the release of a tranche of $1.17 billion - but the lender is awaiting approval from its board, which is not scheduled to meet until late August.

Multiple Pakistani government sources told Reuters on the condition of anonymity that Bajwa asked the U.S. to help speed up the release with Pakistan faced with dwindling foreign exchange reserves and a free-falling currency.

"Yes, our army chief reached out the Americans," one of the sources said, adding Bajwa talked by phone to Sherman earlier this week.

"We can't say what was the Americans' response but we think it is a good move to make at this critical stage," the source said.

The source said the military had to take the initiative when several backdoor moves from the civilian side did not yield immediate results. Pakistan's army has long had an influential role in policy matters in Pakistan.

A State Department spokesperson said that, “U.S. officials talk to Pakistani officials regularly on a range of issues. As standard practice, we don’t comment on the specifics of private diplomatic conversations.”

The United States is the largest shareholder in the IMF.

Washington has over the years worked closely with Pakistani army chiefs alongside civilian governments.

The military's public relations wing, finance ministry, information ministry and the IMF local representative did not respond to a Reuters request for comment.

The IMF board's approval would also unlock other avenues of finances for Pakistan.

High commodity prices have hit Pakistan hard. The current account deficit soared to over $17 billion in the last financial year compared to under $3 billion in the previous period. Reserves have dropped to dangerous levels, covering under two months of imports. [L4N2Z93YA]