Czech central banker Benda: 50, even 75 bps hike may not be enough this month - paper 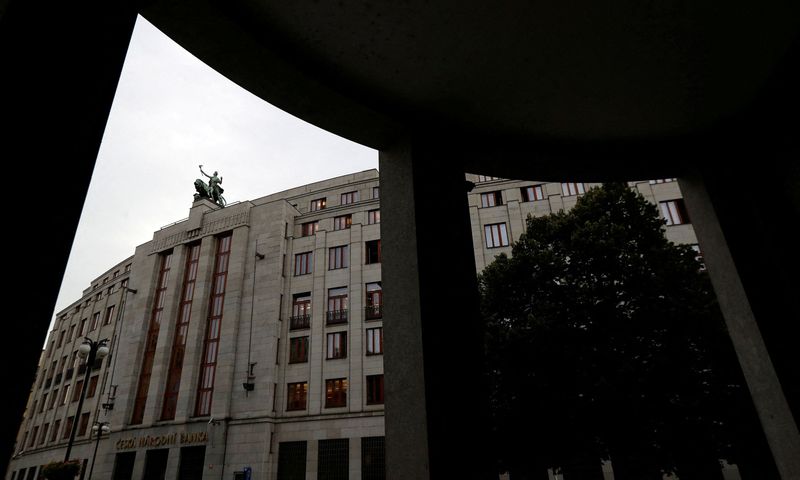 PRAGUE (Reuters) - The Czech central bank needs to raise interest rates significantly again when its board meets on June 22 and even a 75 basis-point increase may not be enough, board member Vojtech Benda said in a newspaper interview on Tuesday.

Benda, who leaves the board at the end of the month, told daily Lidove Noviny that failure to show that the bank is ready to act in the face of inflation soaring above expectations could destabilise the exchange rate which would raise inflation pressures even more.

He said inflation could reach 20% if current monthly price growth rates continued, but hopefully a correction in energy and other price growth may keep it under 18%.

The market priced in a 125 basis-point increase to 7.0% after inflation soared to 16% year-on-year in May, above the bank's expectations.

He said using the bank's foreign exchange reserves to support the exchange rate -- which the central bank has done in the past months at periods when the crown suddenly weakened -- was a tool that could only be supplementary to interest rates when used to dampen price pressures.

He said inflation should start coming down in the second half as a result of past interest rate rises, barring dramatic developments. It should drop to single digits next year, and get to around the 2% target at the end of 2023, Benda said.