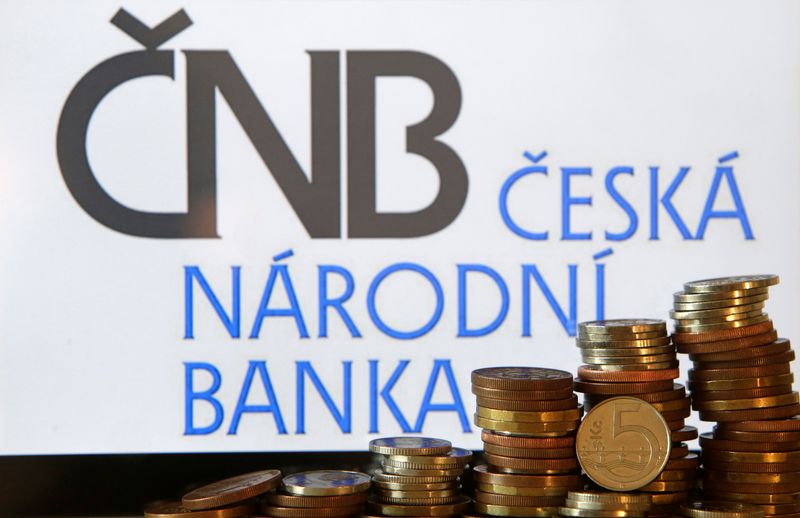 (Reuters) - Czech headline inflation soared to 16% in May, above expectations, to hit a nearly 30-year high, statistics office data showed on Friday.

The data - above the central bank's forecast of 14.9% - added to bets the Czech National Bank would deliver another hefty interest rate hike when the board meets under its current composition for a final time this month.

Markets are now pricing more than a 100-basis-point rate hike to take the base rate well above 6% on June 22, before three of seven members' terms end.

"After this figure, I believe the bank will go for a big hike, not just a 75 basis point move already indicated. The question is how much more," Pavel Sobisek, chief economist with UniCredit in Prague, said.

The central bank's president named three new members this week, easing market worries about a sharp dovish swing in the board.

Czech central banker Ales Michl, who has opposed the 550 basis points in rate hikes delivered in the last year, will take over as governor from July and has sought rate stability.

Czech inflation has been stronger than in some peers such as Hungary and Poland, where price caps or other anti-inflation measures have eased some of the burden of record commodity prices.

In Romania, the central bank said in May it would not allow the interest rate differential to its regional peers to widen further and raised its benchmark interest rate by a bigger-than-expected 75 basis points to 3.75%, its sixth consecutive hike.