Despite Didi's $1.2 billion fine, China tech's regulatory woes may not be over 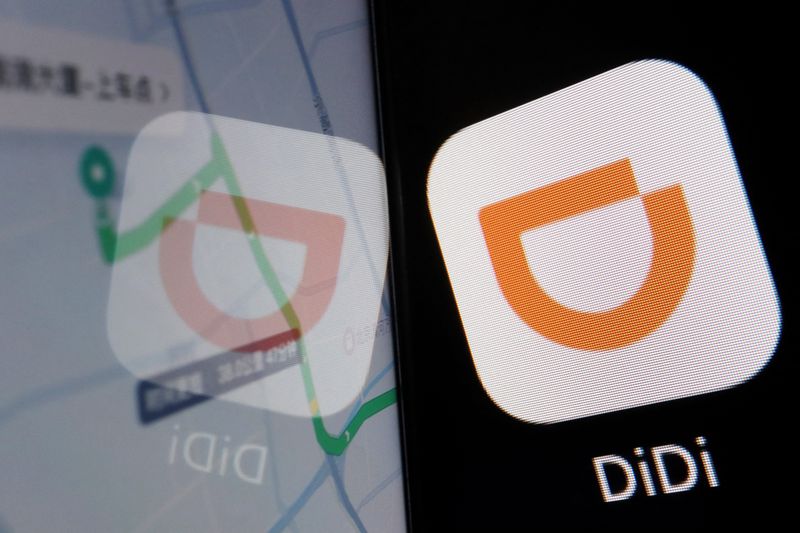 HONG KONG/BEIJING (Reuters) - China's $1.2 billion fine on Didi Global draws a line under the ride hailing company's regulatory woes, but the retroactive application of laws and a lack of clarity on the firm's business revival show the worst for its tech sector may not be over.

Beijing's launch of a cybersecurity probe just over a year ago into Didi was part of a wider and unprecedented crackdown on violations of antitrust and data rules, among other issues, that targeted some of China's best-known corporate names such as Alibaba (NYSE:BABA) Group and Tencent Holdings (OTC:TCEHY).

The crackdown lopped hundreds of billions of dollars off its tech companies' market capitalisations, prompted layoffs at several firms, made them reticent about seeking new opportunities and even drove downsizing of businesses, as companies sought to comply with the new rules.

Authorities have, in recent months, softened their tone on the crackdown as they seek to boost an economy hurt by COVID-19 containment measures, and the probe into Didi was among cases being closely watched for clues on how this could play out.

But Didi's fine, announced on Thursday, and the penalties levelled against its top two executives, was close to the maximum allowed under the country's Personal Information Protection Law (PIPL). And although the law was passed only nine months ago, the Cyberspace Administration of China (CAC) said Didi was found guilty of violations going back seven years.

The regulator also did not mention anything about whether it will allow Didi's apps to re-enter app stores, or resume new user registration.

If the fine was far lower, like 1 billion yuan ($147.80 million), "that could have boosted some of our confidence", said one executive from a Chinese technology giant, declining to be named citing the sensitivity of the matter.

Alfredo Montufar-Helu, Director of Insights for Asia at research group The Conference Board, said many Chinese tech companies would have likely been alarmed by the retroactive application of the PIPL.

This, combined with the reality of how China's regulatory framework was changing rapidly - apart from PIPL the country has introduced new and amended laws on cyber and data security - meant many were at risk of being found not compliant, he said.

The CAC did not immediately respond to a request for comment on Friday.

Beijing launched the crackdown on its huge homegrown tech sector in late 2020 as part of a campaign to strengthen control over large swathes of its economy as it prepared for Chinese President Xi Jinping to secure an unprecedented third term as party leader later this year.

Regulators said their intention was to ensure the healthy development of the industry.

The end of the Didi probe follows a series of meetings this year during which authorities said they wanted to step up policy support for parts of the economy, including the internet platforms, and the ending of a nearly nine-month long freeze on gaming approvals.

Chinese tech executives, however, said policies to boost confidence in the sector were still not being launched, and that they had accepted that the changes in the industry's playing field would be permanent.

One gaming executive pointed out that while game licence approvals had resumed, indications were that the number of licences each year will be around 700, which is down 30% from roughly 1,000 before the crackdown. In the industry's heyday, 9,369 licenses were granted in 2017.

“I don’t think regulations will be any more relaxed. We chalk it up as a win if it doesn’t get worse,” he said.