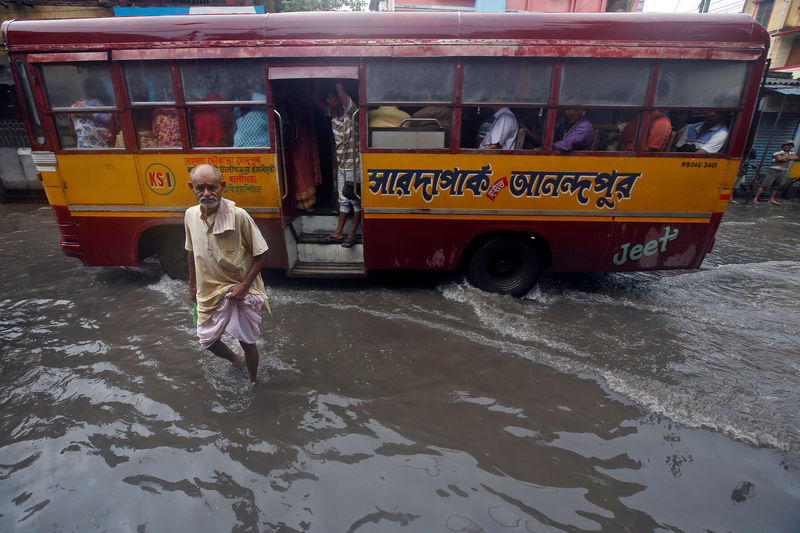 By Simon Jessop and William James

SHARM EL-SHEIKH, Egypt (Reuters) -The G77 bloc of developing countries and China are proposing the establishment of a new 'loss and damage' fund to provide finance to countries hit by climate disasters, a draft text of their proposal to the COP27 summit showed.

The text seen by Reuters set out their proposal for a new fund, with its principles and operating policies to be established by the next round of climate talks in Dubai in 2023.

The subject of loss and damage has for the first time been included on the official COP agenda. But developed and developing nations are split over whether a new mechanism is needed or whether existing financial institutions can deliver the cash needed.

The proposal by the G77 - a group of more than 130 developing nations - and China will be considered as part of talks which are entering their final few days after making limited progress, and with much left to do before Friday, when COP27 is due to end.

The group proposed the new fund would be classed as "designated as an operating entity of the financial mechanism", in a similar way to the Green Climate Fund and the United Nations Global Environmental Facility.

The United States said last week that it and others would not support a "legal structure that is tied to compensation or liability". Other developed countries also want to move slower than the G77 timeline set out in the document.

Some negotiators and observers warn that failure to agree on such "loss and damage" funding could sour the U.N. talks and thwart other deals.

The developing nations' draft proposal envisages the fund having a Transitional Committee of 35 members, with 15 from developed countries and the balance from developing countries.

The committee would have four members each from Africa, Asia-Pacific, Latin America and the Caribbean, small island developing States and the least developed countries.

The committee would aim to meet four times a year, with the first meeting no later than March 2023, the draft proposal said.