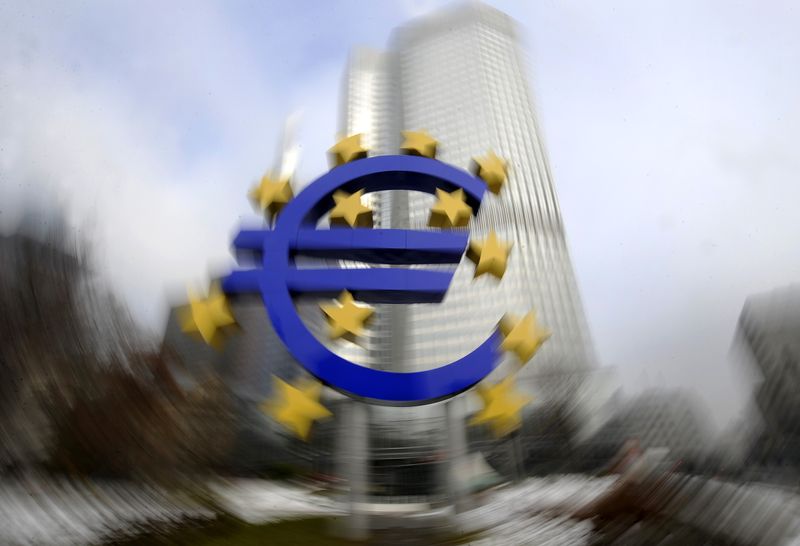 (Bloomberg) -- The European Central Bank will cease large-scale asset purchases in three weeks -- a key step in confronting record inflation and one that sets the stage for the euro zone’s first interest-rate increase in more than a decade.

Armed with fresh forecasts signaling a faster path for euro-zone prices than previously thought alongside a weaker rebound from the pandemic, officials agreed to halt net bond-buying as of July 1 under a crisis-era program that began in 2015.

The deposit rate -- currently -0.5% -- will then be lifted by a quarter-point next month, and again by either that amount or more if inflation warrants a tougher stance.

Moves at the next two meetings would conclude an eight-year stint of subzero borrowing costs in the third quarter, affirming a plan laid out earlier by President Christine Lagarde.

“Beyond September, based on its current assessment, the Governing Council anticipates that a gradual but sustained path of further increases in interest rates will be appropriate,” the ECB said in a statement.

The euro fell against the dollar, sliding 0.2% to $1.0692, having traded little changed ahead of the policy outcome.

While Thursday’s decisions crystallize the ECB’s exit from years of stimulus, they still leave it lagging behind the more than 60 other global central banks that have already raised rates this year.

The announcements follow another unexpectedly steep surge in euro-area inflation, which stood at 8.1% in May -- more than four times the official target. Soaring prices are squeezing households across the continent, with governments spending billions of euros to shield people from a spike in energy costs driven by Russia’s invasion of Ukraine.

The relentless inflation is feeding a fierce debate among ECB officials over the size of July’s rate increase, with a sizable contingent pushing to consider a half-point hike matching the most recent move by the Federal Reserve. Lagarde may offer some insight into the Governing Council’s preference when she briefs reporters at 2:30 p.m.

She’ll speak in Amsterdam as the ECB returns to holding one policy meeting a year outside its Frankfurt base following the pandemic.

The hawks may feel they have the momentum at present and have been vocal in recent weeks in floating an outsized rate move to keep inflation expectations in check. While Lagarde and her vice president, Luis de Guindos, are among officials who haven’t ruled out such a step, the majority seems to favor a smaller increase for now.

Highlighting the uncertainty, investors this week priced the chance of a half-point hike in July at 50/50. As price pressures linger and the economy loses steam, the ECB’s new outlook showed medium-term inflation above or at target.

This week has already seen World Bank and OECD forecasts reinforcing stagflation fears as the Ukraine war saps confidence and supply-chain disruptions in Asia restrain factories. While peak global inflation may have passed, Barclays predicts a mild euro-area recession after a splurge on summer vacations fades.

Economists surveyed by Bloomberg are less gloomy, though they do expect sharp cuts to the ECB’s outlook for the next two years. During that time the currency bloc is poised to expand to 20 members as Croatia joins on Jan. 1.