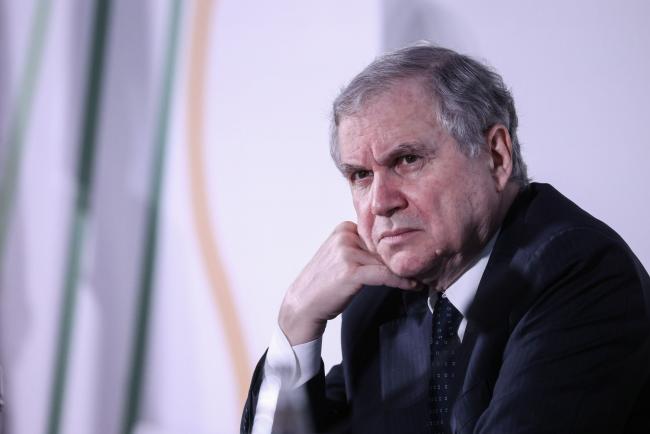 © Bloomberg. Ignazio Visco, governor of the Bank of Italy, during a World Savings Day event in Rome, Italy, on Monday, Oct. 31, 2022. The European Central Bank should move gradually in fighting record inflation and take account of the risks the economy is facing, according to Visco.

(Bloomberg) -- The case for a less aggressive monetary policy approach from the European Central Bank is strengthening even though interest rates will keep rising to keep inflation in check, Governing Council member Ignazio Visco said.

“The need to continue with restrictive action is evident, even if the reasons to put in place a less aggressive approach are gaining ground,” Visco told lawmakers in Rome on Wednesday.

The ECB is a month away from its final scheduled rate hike of the year after it raised borrowing costs by 200 basis points since July, the most aggressive tightening push in its history.

Policy makers are increasingly being questioned on how far and how fast to go to slow inflation without damaging European economies that already are starting to suffer.

Still, given record consumer-price growth, several officials have called for rates to be lifted to a level that restricts demand, which is reckoned to start around 2%.

Visco, who is among the more dovish ECB officials, pointed out that threats to financial stability have increased and the macroeconomic scenario has deteriorated in many countries.

For this reason any decisions taken by the ECB need to be pondered with the “utmost attention, without formulating ahead of time more or less realistic routes to follow,” he said.