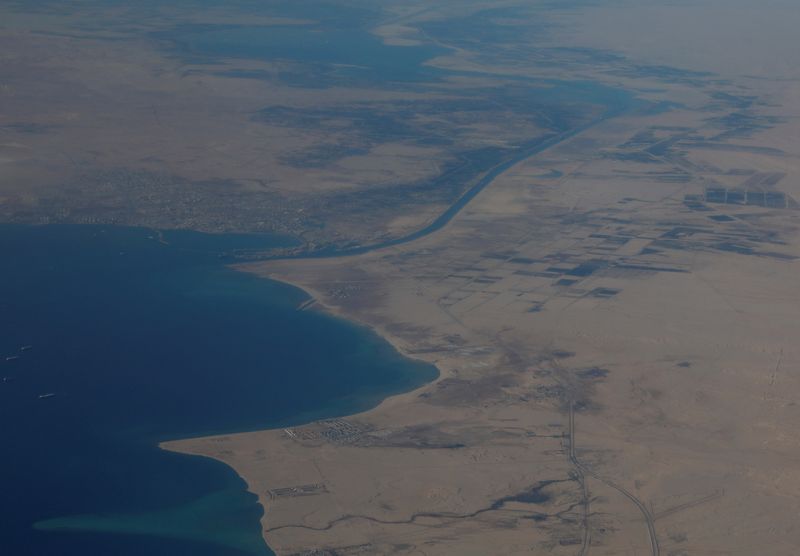 © Reuters. An aerial view of the Gulf of Suez and the Suez Canal are pictured through the window of an airplane on a flight between Cairo and Doha, Egypt, November 27, 2021. REUTERS/Amr Abdallah Dalsh

DUBAI (Reuters) -Efforts are under way to refloat a cargo vessel carrying grain from Ukraine that has run aground in the Suez Canal, the chairman of the Suez Canal Authority told Al-Arabiya TV on Monday.

The M/V Glory ran aground while joining the southbound convoy transiting through the canal and tug boats are trying to refloat the vessel, Osama Rabie told Al-Arabiya.

The ship is a Marshall Islands-flagged bulk carrier, data from trackers VesselFinder and MarineTraffic showed.

The JCC, which includes representatives from the United Nations, Turkey, Ukraine and Russia, said the ship had been cleared to carry on its journey from Istanbul after an inspection on Jan. 3.

The Suez Canal is one of the world’s busiest waterways and the shortest shipping route between Europe and Asia.