El Salvador to buy back some debt in surprise move 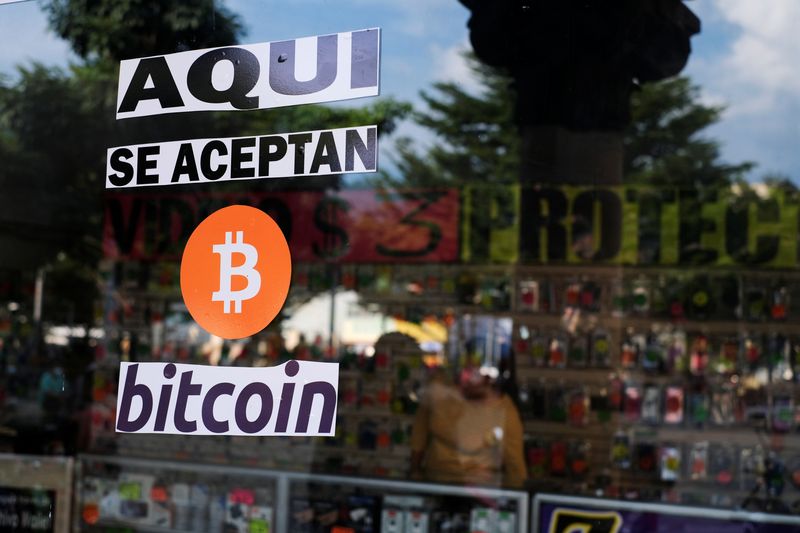 SAN SALVADOR (Reuters) - El Salvador's president announced on Tuesday a plan for a voluntary repurchase offer to holders of bonds maturing between 2023 and 2025.

The operation would be partially funded by reserves allocated last year by the International Monetary Fund and a loan from a Central American multilateral lender, the finance minister said later on Tuesday.

President Nayib Bukele has been under pressure to demonstrate healthy public finances as the country's options dwindle ahead of an $800 million bond maturity in January.

His bet on bitcoin, which operates in El Salvador as a legal tender alongside the U.S. dollar, narrowed El Salvador's financing options as the International Monetary Fund closed the door to a loan of over $1 billion after the cryptocurrency move.

In a post on Twitter (NYSE:TWTR), Bukele said the country has enough cash not only to pay debt commitments at maturity, but to purchase the debt even before it matures.

The bond maturing in January was trading at 74 cents on the dollar on a 82% yield, while the remaining issues traded in distressed territory hovering in the low 30 cents.

Prices had started to spike last week, partly boosted by a Morgan Stanley (NYSE:MS) note that said Salvadoran debt was too cheap and prices were below most restructuring scenarios.

The buyback process would likely cost around $1.7 billion, according to a Citi Research note on Tuesday that said the estimate is expected to rise based on early market reaction.

"Today we are sending 2 bills to Congress to ensure that we have the available funds to make a transparent, public and voluntary purchase offer to all the holders of Salvadoran sovereign debt bonds from 2023 to 2025 at whatever the market price is at the time of each transaction," Bukele tweeted, adding that "the market price will probably move upwards once we start buying all the available bonds."

El Salvador's unicameral Congress approved both bills, one requesting to use $360 million in funds from special drawing rights allocated by the IMF to repurchase the bonds, and another to request a $200 million loan from the Central American Bank for Economic Integration (BCIE), in majority votes Tuesday evening.

The Central American country's total public debt was about $24 billion in March, according to central bank data.

The debt buyback offer, which was unexpected, will likely cause the price of short-end bonds to rise, Citi analysts added.

"Risks are high and the situation remains very fluid," they wrote.

Bukele added that the buyback will start in six weeks.

It was unclear where the more than $1 billion remaining to complete the operation would come from.