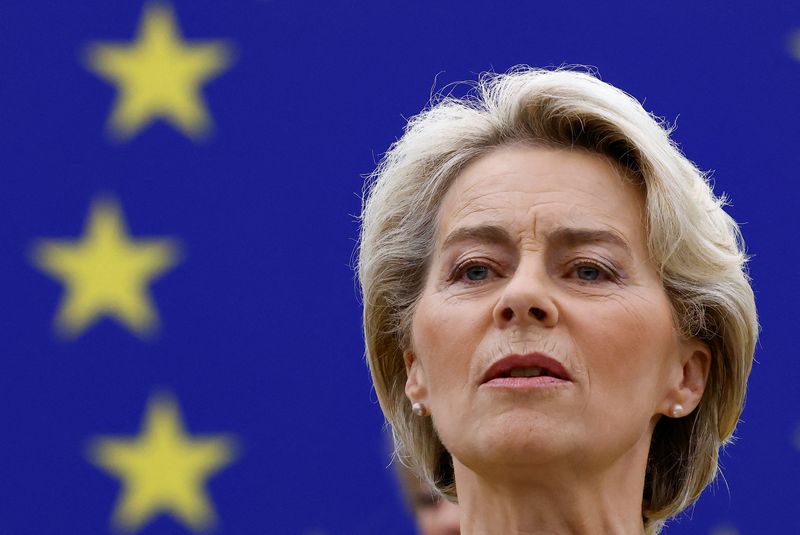 STRASBOURG (Reuters) - The European Commission will propose in October changes to EU debt rules that make them simpler and more flexible in reducing high debt and that will allow for strategic investment, the head of the Commission, Ursula von der Leyen, said on Wednesday.

Speaking to the European Parliament in Strasbourg, von der Leyen said that, at the same time, EU governments should be more accountable for adhering to the rules they all agreed on.

"We have to acknowledge a new reality of higher public debt. We need fiscal rules that allow for strategic investment, while safeguarding fiscal sustainability," she said.

"In October, we will come forward with new ideas for our economic governance. Member states should have more flexibility on their debt reduction paths, but there should be more accountability on the delivery," she said.

There should be simpler rules that all can follow to open the space for strategic investment and to give financial markets the confidence they need," she said.