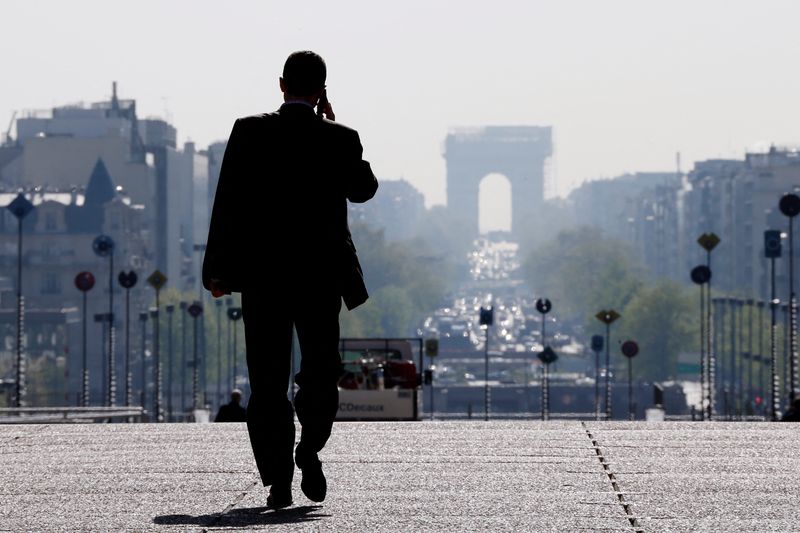 © Reuters. FILE PHOTO: A businessman walks on the esplanade of La Defense, in the financial and business district in La Defense, west of Paris, April 10, 2014. REUTERS/Gonzalo Fuentes

FRANKFURT (Reuters) - Euro zone entrepreneurs pared back their expectations for price rises for the first time in more than a year last month, data showed on Friday, in what could be an early sign that a bout of inflation in the bloc is finally easing.

A majority of companies, particularly in the manufacturing sector, still expected to raise their prices in the next three months but their share of the total fell slightly across sectors compared with November, the Eurostat survey showed.

The proportion of consumers bracing for prices to keep rising or even accelerate in the next 12 months also fell after hitting a record in October.

A broader Economic Sentiment Indicator, which aggregates questions about confidence among consumers, retailers, industrialists in the 19 countries that share the euro, fell for a second straight month to hit the lowest level since May 2021 at 115.3 points.