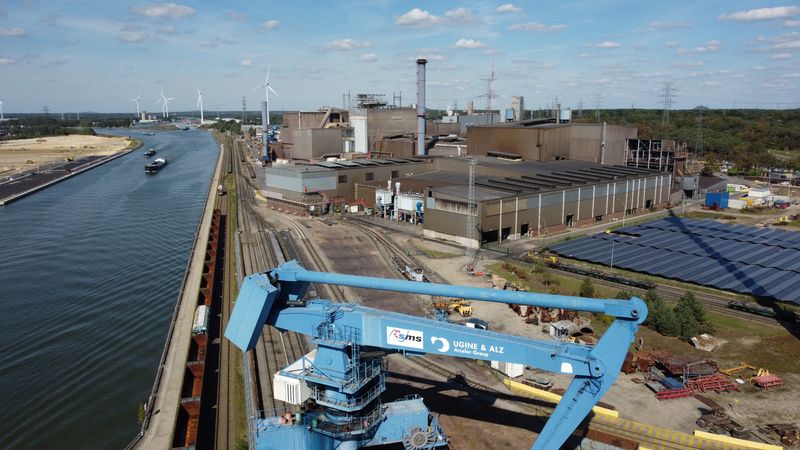 © Reuters. An aerial view shows the Belgian site of stainless steel maker Aperam, which has been forced to slow production due to spiralling energy prices, in Genk, Belgium September 22, 2022. REUTERS/Bart Biesemans/File Photo

The European Union's statistics office Eurostat said prices at factory gates in the 19 countries sharing the euro fell 0.9% month-on-month for a 27.1% year-on-year rise.

The monthly fall was mainly due to a sharp decline in energy prices, which were 2.2% lower in November than in October. A 0.4% monthly fall in prices of intermediate goods helped too.

But energy prices were still 55.7% higher in November than a year earlier, accounting for most of the year-on-year rise of the overall producer price index which is an early indication of consumer inflation trends.

The European Central Bank wants to keep consumer inflation at 2.0% over the medium term and has been rapidly raising interest rates since the middle of the year to bring price growth, caused by Russia's invasion of Ukraine, under control.