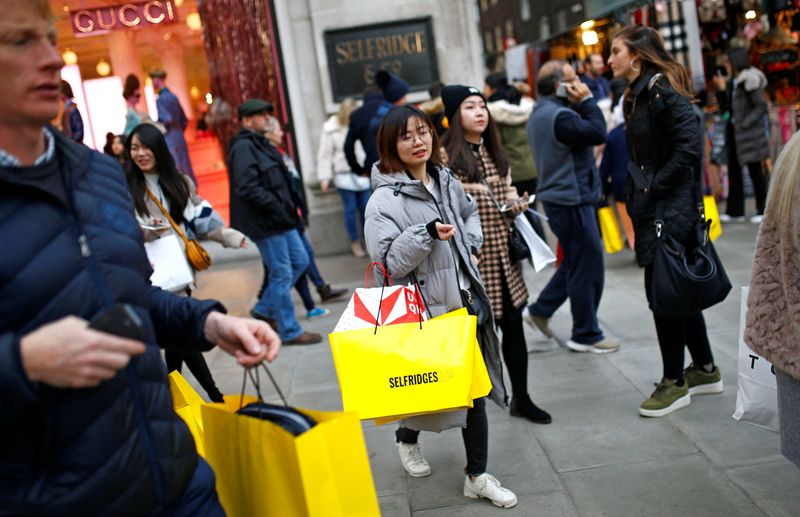 Retail sales, a proxy for consumer demand, in the 19 countries sharing the euro rose 1% by value on the month, defying expectations for a 0.5% drop in a Reuters poll of analysts.

Compared to a year earlier, retail sales expanded by 7.8%, well ahead of projections for 5.6%, the European Union's statistics agency said.

Non-food sales rose by 1.6% on the month while car fuel sales fell by 1.5%, reversing their earlier trend.

Among the bloc's bigger countries, Spain and France performed above average while Germany was a drag on the retail expansion.