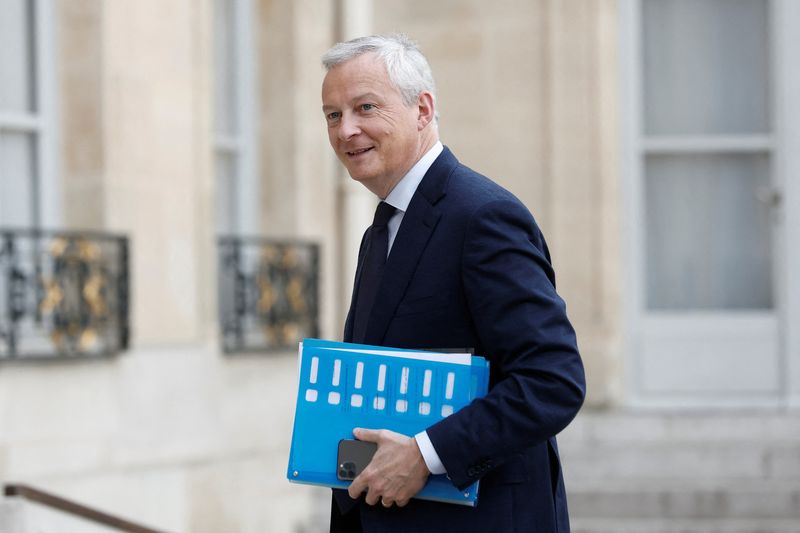 © Reuters. FILE PHOTO: French Minister for Economy, Finance, Industry and Digital Security Bruno Le Maire arrives for a meeting with heads of the 50 industrial sites in France that emit the most greenhouse gases (GHGs) as well as advocates of low-carbon solutions at

European industries fear that the IRA bill, which gives tax credit for each eligible component produced in a U.S. factory, would take away potential investment from the continent.