European shares steady at the end of brutal week 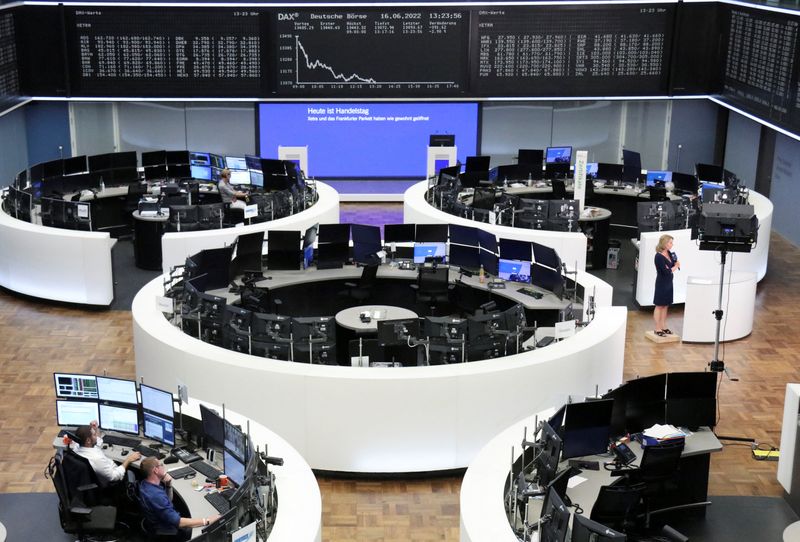 (Reuters) - European stocks inched higher on Friday but were set for sharp weekly losses as a slew of interest rate hikes from major central banks fuelled worries about a sharp economic slowdown.

World stock markets were heading for their biggest weekly decline since markets' pandemic meltdown in March 2020, hit by growing worries about a recession after rate increases in the United States and Britain were followed by a surprise move in Switzerland to quell an inflation surge.

The final reading of euro zone inflation for May will be out later in the day.

Among single stocks, Britain's biggest retailer Tesco (OTC:TSCDY) slipped 0.3% after it said it was seeing early indications of changing customer behaviour due to surging inflationary pressures.