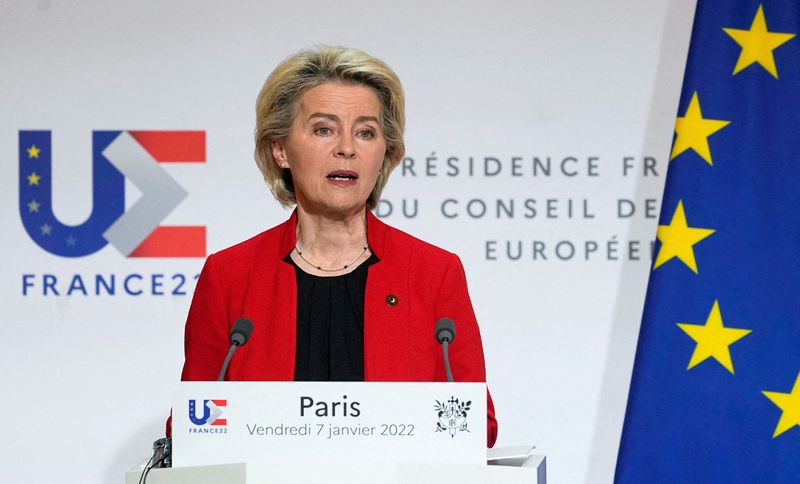 (Reuters) - European Commission President Ursula von der Leyen will make a new push at boosting women's representation on companies' boards, trying to unblock legislation for a women's quota which has been stuck since 2012.

"It's time to move forward with this file," von der Leyen, who is the first woman to lead the Brussels-based EU executive, told the Financial Times on Wednesday.

"It’s been sitting on the shelf for 10 years now, but in these 10 years there has been a lot of movement and learning."

Von der Leyen said there was "overwhelming" evidence that companies with boardroom diversity were more successful and introducing legal requirements accelerated the pace of progress towards more gender-balanced representation.

Nevertheless, gender equality initiatives in the EU have stalled previously, including a 2012 legal proposal calling for listed companies in the bloc to fill at least 40% of their non-executive board seats with women.

Some EU countries refused to adopt that target as law, including Germany and some Nordic and Baltic states.

Von der Leyen told the FT she is ready to work with France to push for the proposed directive during the six-months Paris is holding the EU's rotating presidency, and that she is hopeful Berlin will drop its opposition now that a new government has been formed.

EU lawmakers should aim to settle the directive in the first half of the year if possible, and a deal could "definitely" be done at some point in 2022, von der Leyen said.

The directive does not set out sanctions, leaving these to member states, and it will not apply to small and medium-sized, or unlisted, companies, the Financial Times said.

France currently has the strongest female representation in the boardrooms of the biggest listed companies' at 45%, according to the report, against a 30% average for the EU as a whole.