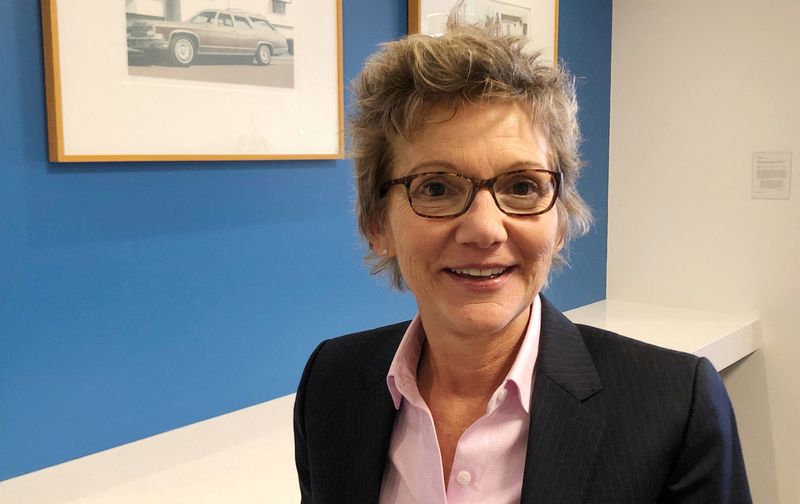 "I don't want to put a stake in the ground and say, definitely March," Daly told Reuters in an interview.

But, she added, "lifting off in March when you have an unemployment rate of 3.9%, and an inflation rate that’s north of our price stability goal of average 2% inflation, to me seems a quite reasonable thing."

Consumer prices, which surged 7% in December from a year earlier, are rising across a broader range of goods and services than just the pandemic-related ones that saw price spikes early on.

Meanwhile unemployment has dropped to 3.9%, not far above where it was before the pandemic hit.

"Lifting off and withdrawing some of the emergency accommodation we've offered the economy is actually an appropriate thing to do," she said, and will help sustain the recovery longer so more workers will ultimately have a chance to return to the labor force.

In the past week or so a raft of Fed policymakers have said they could seeing raising interest rates in March. It's a possibility that was widely seen as remote as recently as November, when Daly was calling for patience on policy to allow more workers to return to the labor force.

A lot has changed since then, she said on Thursday, to bring her around to the conviction that policy does need to adjust this year.

"Back then I was hopeful that more labor supply response would be coming, but it hasn’t; and then we had Omicron which tells me it’s probably not going to come," Daly said, because workers who were sidelined by childcare responsibilities or health concerns earlier in the pandemic continue to be so.

On top of that, she said, supply chain disruptions haven't gone away, and she's hearing hints of rising inflation expectations from business contacts who say workers are asking for higher wages to cover higher inflation.

"I now see that we are going to need to make some adjustment in the policy rate this year," she said, though unlike some of her colleagues, she declined to predict how many rate hikes will be needed this year, except to say she does not believe it will be more than three.

Even with rate hikes, she said, inflation will remain high for much of the year, though it should moderate as supply chains get unclogged and once the latest surge in COVID-19 subsides.

Once the Fed has raised rates once or twice, she said, it should begin shrinking its $8-plus trillion balance sheet at a "predictable" rate that won't change meeting by meeting, but that's faster than the last time the Fed trimmed its balance sheet.