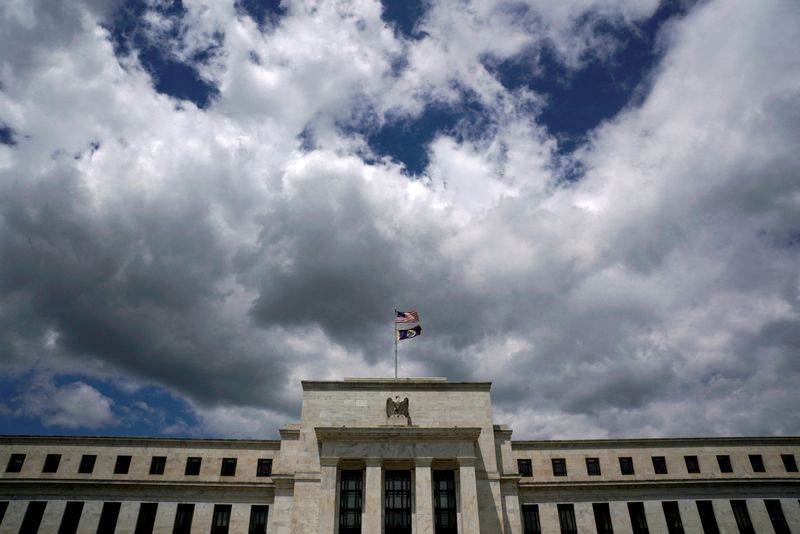 (Reuters) - U.S. President Joe Biden has picked Lisa Cook and Philip Jefferson to fill seats on the Federal Reserve's Board of Governors, two Black economists whose appointments would bring a historic measure of diversity to the U.S. central bank's leadership.

The choices, if confirmed by the U.S. Senate, would put a record four women on the seven-member Fed board, who along with the heads of the central bank's 12 regional bank set interest rates for the world's biggest economy.

Cook, an economics professor at Michigan State University, would be the Fed's first Black female governor.

The Fed has had just three Black governors - all men - in its 108-year existence, and never more than one at a time. All current governors including recently renominated Fed Chair Jerome Powell are white.

There have also never been more than three female Fed governors at one time, though from April 2011 to May 2012 women constituted a majority of Fed governors because two of the seven Fed board seats were vacant.

Here is a brief look at each of the three nominees:

An economics professor at Michigan State University since 2005, Cook has written extensively about racial disparities, documenting the negative impact of anti-Black violence and gender inequality on innovation and economic growth.

She has also lived that experience, while also calling herself a "battle-tested optimist" in a 2020 tweet; born in Midgeville, Georgia, she still has scars from being beaten up when she and her sisters were desegregating schools.

Cook was an adviser on the transition teams for the Biden-Harris and Obama-Biden administrations, and a senior economist for the White House's Council of Economic Advisers from 2011 to 2012. She has taught at Harvard University and was a research fellow at Stanford University. She earned her PhD in economics from the University of California, Berkeley. Among her teachers: George Akerlof, a Nobel-prize laureate and husband of U.S. Treasury Secretary Janet Yellen.

Currently vice president for academic affairs and dean of faculty at Davidson College in North Carolina, Jefferson taught economics for more than two decades at Swarthmore College in Pennsylvania, and before that at Columbia University. His first job after graduating from Vassar College in New York state was as a research assistant at the Fed.

In 2005, he wrote a paper arguing that running a "high-pressure" economy with low interest rates boosts the job market. The view is now so orthodox at the U.S. central bank that it is practically enshrined in the recast policy framework it adopted in 2020. At that time, though, it was more controversial, with some making the case that low interest rates could reduce opportunities for workers by promoting investment in automation.

A Harvard-trained lawyer with an undergraduate degree in economics from Amherst College in Massachusetts, Raskin served on the Fed's board from 2010 to 2014 before becoming the U.S. Treasury's deputy secretary.

Transcripts of policy-making meetings suggest Raskin leant dovish on policy, warning in 2013 that tapering the Fed's bond-buying program too early could crimp future economic growth, given what was at the time effective zero inflation risk.

It's unclear how relevant her view would be to the Fed's current bid to taper its bond purchases and likely raise interest rates this year, given what many economists including some Fed policymakers view as alarmingly high inflation.